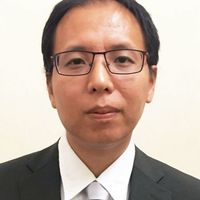 Dr. Xiangjie Kong is currently a Full Professor in the College of Computer Science & Technology, Zhejiang University of Technology (ZJUT), China. Previously, he was an Associate Professor in School of Software, Dalian University of Technology (DUT), China, where he was the Head of the Department of Cyber Engineering. He is the Founding Director of City Science of Social Computing Lab (The CSSC Lab) (http://cssclab.cn/). He is/was on the Editorial Boards of 6 International journals. He has served as the General Co-Chair, Workshop Chair, Publicity Chair or Program Committee Member of over 30 conferences. Dr. Kong has authored/co-authored over 140 scientific papers in international journals and conferences including IEEE TKDE, ACM TKDD, IEEE TNSE, IEEE TII, IEEE TITS, IEEE NETW, IEEE COMMUN MAG, IEEE TVT, IEEE IOJ, IEEE TSMC, IEEE TETC, IEEE TASE, IEEE TCSS, WWWJ, etc.. 5 of his papers is selected as ESI- Hot Paper (Top 1‰), and 16 papers are ESI-Highly Cited Papers (Top 1%). His research has been reported by Nature Index and other medias. He has been invited as Reviewer for numerous prestigious journals including IEEE TKDE, IEEE TMC, IEEE TNNLS, IEEE TNSE, IEEE TII, IEEE IOTJ, IEEE COMMUN MAG, IEEE NETW, IEEE TITS, TCJ, JASIST, etc.. Dr. Kong has authored/co-authored three books (in Chinese). He has contributed to the development of 14 copyrighted software systems and 20 filed patents. He has an h-index of 36 and i10-index of 87, and a total of more than 4200 citations to his work according to Google Scholar. He is named in the2019 and 2020 world’s top 2% of Scientists List published by Stanford University. Dr. Kong received IEEE Vehicular Technology Society 2020 Best Land Transportation Paper Award, and The Natural Science Fund of Zhejiang Province for Distinguished Young Scholars. He has been invited as Keynote Speaker at 2 international conferences, and delivered a number of Invited Talks at international conferences and many universities worldwide. His research interests include big data, network science, and computational social science. He is a Distinguished Member of CCF, a Senior Member of IEEE, a Full Member of Sigma Xi, and a Member of ACM.