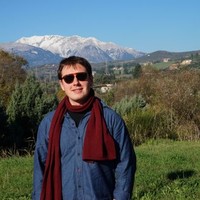 Marcin Woźniak received diplomas in Applied Mathematics and Computational Intelligence: MSc in 2007, PhD in 2012 and DSc in 2019. He is an Assoc. Professor at the Faculty of Applied Mathematics of the Silesian University of Technology in Gliwice, Poland. His main scientific interests are neural networks with their applications together with various aspects of applied computational intelligence. He is a scientific supervisor in editions of ”the Diamond Grant” and ”the Best of the Best” programs for highly talented students from the Polish Ministry of Science and Higher Education. He participated in various scientific projects (as lead investigator and scientific investigator or participant) at polish and italian universities. In his scientific career, he was visiting University of Wűrzburg in Germany, University of Lund in Sweden and University of Catania in Italy. He has published over one hundred research papers in volumes of international conferences and journals. In 2020 and 2021 M. Woźniak was nominated among “TOP 2% Scientists in the World” by Stanford University for his career achievements. Dr. Woźniak was the Editorial Board member or an Editor for Sensors, IEEE ACCESS, Measurement, Frontiers in Human Neuroscience, PeerJ CS, International Journal of Distributed Sensor Networks, Computational Intelligence and Neuroscience, Journal of Universal Computer Science, etc., and a Session Chair at various international conferences and symposiums, including IEEE Symposium Series on Computational Intelligence, IEEE Congress on Evolutionary Computation, etc.