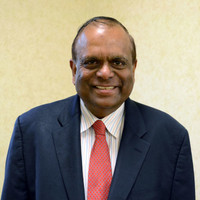 Dr. Chorghade earned B. Sc. M. Sc. degrees from the University of Poona, and a Ph. D. at Georgetown University. He completed postdoctoral appointments at the University of Virginia and Harvard, visiting scientist appointments at University of British Columbia, College de France / Universite’ Louis Pasteur, Cambridge and Caltech and directed research groups at Dow Chemicals, Abbott Laboratories, CytoMed and Genzyme. He received three “Scientist of the Year Awards”, and is on the Scientific Advisory Board of several corporations / foundations. He is a Fellow of the ACS, AAAS, AIC and RSC, the Maharashtra, Andhra Pradesh and Telengana Academy of Sciences and has been a featured speaker in national and international symposia