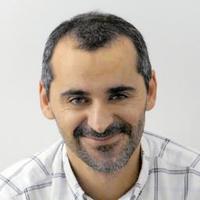 Nuno Cerca graduated in Microbiology by the Portuguese Catholic University, Porto (June 2000). He was a lecturer in Microbiology at the Mozambique Superior Institute of Science and Technology, Maputo (2001) and started his PhD on the topic of Staphylococcus epidermidis biofilm virulence factors, in October 2002, at the University of Minho, Braga. In 2004 he was awarded a Fulbright Scholarship to pursue part of his PhD work at Harvard Medical School, Boston, USA. After concluding his PhD (September 2006) he became a NIH funded post-doc at the Virginia Commonwealth University, Richmond, USA (January 2007), where he worked on the theme of genetic regulation of biofilm formation. He returned to Portugal in June 2008 with a Ciencia2007 fellowship to work at CEB-IBB as an Assistant Researcher, until June 2013. He established his research team focused on two research lines addressing studies of bacterial biofilm infections associated with bacterial vaginosis or by Staphylococcus species. He is currently a Principal Investigator at the Center of Biological Engineering, University of Minho, Braga, Portugal.