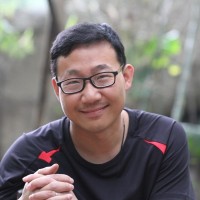 Main research interests of Huang Lab are in biodiversity patterns (character, distribution, species relationship) and their ecological and evolutionary mechanisms. The lab mainly uses agricultural and forestry insects as research models. We try to integrate time (species phylogenetics and evolutionary history), space (spatial pattern of species distributions and genetic diversity), and relationship (ecological interactions and endosymbiosis between species) to understand scientific questions such as why agriculture and forestry pests can be pests, evolutionary patterns and processes of insect diversity, evolution and maintenance of species interactions. Multiple research approaches from different fields are used, including biodiversity, molecular phylogenetics, evolutionary biology, ecology, biogeography, genomics, and bioinformatics.

The four pillars of scholarly publishing: The future and a foundation

A quick technical comment: the abstract on this page has a content duplication problem. The first part, "With the rise of electronic publishing and the inherent paradigm shifts...