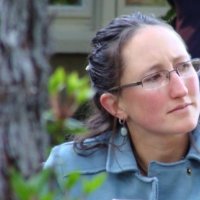 My research aims to provide robust science-based information for forest managers and practitioners, specifically aimed at balancing management with the long term conservation of forest-dependent species. We focus on applied hypothesis-based research questions using carnivores, often marten (Martes caurina) and fisher (Pekania pennanti), as study species. We are collecting unprecedented amounts of data relating to species distributions and fine scale habitat use. For instance, my team and I have deployed remote cameras (>2700 locations, >7 million photographs) throughout the forested ranges of Oregon to describe the distribution and detectability of rare coastal marten and fisher, potential prey, and predators. We’re using GPS collars in novel ways to quantify marten and fisher movements, energetics, foraging, and fine-scale selection. Teams are concurrently measuring resting behavior and microsite selection. These multi-scale studies have been possible using an approach, where the support of several small projects funded in part by many institutions – from government agencies to private industry – have combined to produce research where the whole is greater than the sum of its parts.