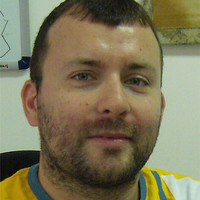 P. Davide Cozzoli received his MSc degree in Chemistry in 1999 and his PhD in Chemical Sciences in 2004 from the University of Bari, Italy. From 2004 to 2005 he worked as post-doctoral fellow at the University of Bari. In 2005 he joined the National Nanotechnology Laboratory (NNL) of CNR Institute Nanoscience, Lecce, Italy. As CNR Associate Researcher, he led the Nanochemistry group of NNL from 2009 to 2014. Since 2015 he holds a permanent position as Associate Professor of Experimental Matter Physics at the University of Salento, Lecce, Italy, and he responsible for Nanochemistry Facility of the CNR Institute of Nanotechnology, Lecce. Currently, he serves as Associate Editor of Sci. Adv. Mater. J. Nanoengineering & Nanomanufacturing, Mater. Focus, J. Nanomater., Intern. J. Photoenergy, and Front. Mater., and as editorial board member of Science China Materials, AIMS Materials Science, and General Chemistry. So far, he has published about 120 scientific works, edited one book (a second book is under preparation) and two conference proceedings. His scientific work has overall attracted over 7700 citations (H-index=42). His research focuses on the development of advanced colloidal inorganic nanocrystals with controlled structural and topological features for applications in (photo)catalysis, photovoltaics, optoelectronics and biomedicine.