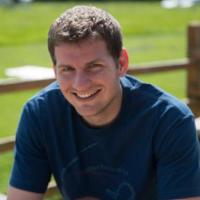 Andrew graduated from the University of Bristol in 2010 with an MSci in Palaeontolgy and Evolution. He continued his research at the University of Bristol and completed his PhD on biomechanics of ornithomimosaurs in early 2014 before taking up a Levhulme funded postdoctoratal position at UCL and the Royal Veterinary College looking at felid biomechanics. After completing the project on felids, Andrew continued his research at RVC working as a postdoc on an ERC funded project looking at the evolution of locomotion within the archosaurs.

Andrew now works as an associate lecturer at the Hull York Medical School where he is involved in teaching anatomy to medical undergraduates and masters students as well as continuing his research into biomechanics of a wide diversity of species.