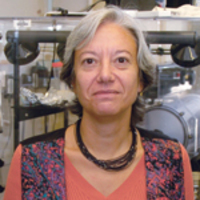 Worked in the groups of R.R.Ernst at ETH and I.D.Campbell at University of Oxford. Established the first NMR group at EMBL Heidelberg in 1992. Worked at the Medical Research Council NIMR in London, since 1997. EMBO fellow. At King's College London since 2013. She is EMBo and Academia Europaea member

Professor of Molecular Basis of Neurodegeneration

King's College London
Basic and Clinical Neuroscience
We are interested in studying the structure and function of proteins linked to neurodegenerative diseases in the attempt of understanding the events which lead to pathology and designing suitable therapeutic strategies. We focus on two distinct but converging families of diseases. We study proteins involved in diseases caused by protein aggregation and misfolding, such as Huntington’s chorea, Machado-Joseph disease and other types of spinocerebellar ataxias. We are interested in mitochondrial pathologies linked to misfunctioning of iron metabolism, such as Friedreich’s ataxia. Our approach uses different complementary biophysical, biochemical and bioinformatics techniques which range from various spectroscopies, to AFM, EM and ITC calorimetry. We are interested in structural, functional, evolutionary and thermodynamics aspects. We have made important contributions to understand the cellular role of frataxin in iron-sulfur cluster biogenesis as a regulator of the reaction speeds. We have also been the first to describe the interaction between frataxin and the IscS/IscU complex, central to the highly conserved machinery devoted to iron sulphur cluster assembly. In a different project we have proved that protein aggregation is the dark side of protein function. This knowledge will be used for drug design for the treatment of misfolding diseases.