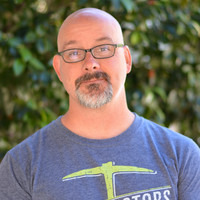 Dr. O'Grady's research focuses understanding the patterns and processes that generate and maintain biological diversity. Research projects in his laboratory cover a range of biological disciplines including morphology and taxonomy, phylogenetic systematics, population genetics, molecular evolution and genomics to examine the evolutionary history of endemic Hawaiian Insects, particularly flies in the family Drosophilidae. The National Science Foundation, the United States Forest Service and the Gordon and Betty Moore Foundation have provided funding for his research. He has authored 90 publications, described 80 species and has two taxa named after him, a leaf hopper (Cicadellidae: Nesophrosyne) and a long-legged fly (Dolichopodidae: Campsicnemus).