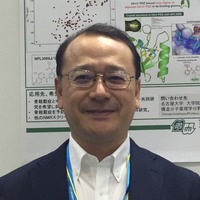 Dr Hiroaki's research focuses on the structural biology of proteins by using solution NMR techniques, including protein-protein and protein-drug interaction. He is also focusing on NMR-assisted in silico drug discovery as well as protein structure determination. He is also an expert of intrinsically disordered proteins and some disease related amyloid genic proteins.