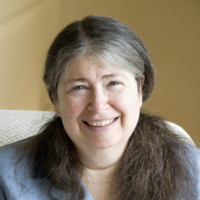 Awards
- National Inventors Hall of Fame induction (2016)
- Internet Hall of Fame induction (2014)
- SIGCOMM Award (2010)
- USENIX Lifetime Achievement Award (2006)
- Recipient of the first Anita Borg Institute Women of Vision Award for Innovation in 2005
- Silicon Valley Intellectual Property Law Association Inventor of the year (2003)
- Honorary Doctorate, Royal Institute of Technology (June 28, 2000)
- Twice named as one of the 20 most influential people in the industry by Data Communications magazine: in the 20th anniversary issue (1992) and the 25th anniversary issue (1997). Perlman is the only person to be named in both issues.
- Fellow of the Association for Computing Machinery, class of 2016

Dell EMC
Office of the CTO