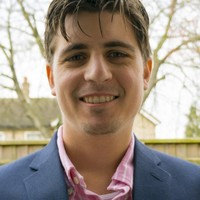 Michael Ruggiero is an Assistant Professor of Chemistry at the University of Vermont in the United States. He received undergraduate degrees in chemistry and mathematics from the State University of New York (SUNY) College at Geneseo, and his Master’s and Ph.D. from Syracuse University, both in New York State. His doctoral work, performed under the guidance of Professor Timothy Korter, focused on combining experimental terahertz time-domain spectroscopy with ab initio density functional theory simulations, where he pursued the electronic origins of intermolecular forces in molecular crystals. Following a successful defense, he took up an EPSRC-sponsored postdoctoral fellowship at the University of Cambridge in the United Kingdom, working with Professor Axel Zeitler in the Terahertz Applications Group. At Cambridge, his focus shifted to disordered molecular solids, with the goal of understanding the molecular dynamics responsible for solid-state crystallization of amorphous drugs. After almost three years in Cambridge, Ruggiero went back to America to take up a position of Assistant Professor at the University of Vermont, where he is currently combining theoretical simulations with experimental spectroscopy. His work is highly interdisciplinary, sitting at the intersection of chemistry, physics, pharmacy, materials science, and computer science, and as such he is a heavy collaborator with groups from around the world.

University of Vermont
July 2018
Chemistry
Ruggiero is an Assistant Professor of Chemistry and Materials Science.