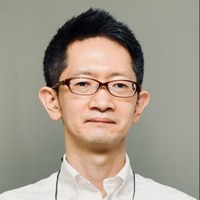 Norifumi Yamamoto received his PhD from Kyushu University in 2004. He was a Postdoctoral Fellow of the Japan Society for the Promotion of Science (JSPS) at the University of Tokyo from 2004 to 2007. He was an Assistant Professor at Gifu University from 2007 to 2010, and at Nagoya University from 2010 to 2012. He moved to Chiba Institute of Technology in 2012, where he is currently an Associate Professor of computational chemistry.