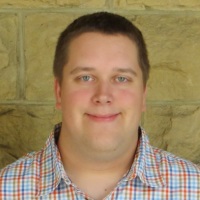 I am from Norwood, MA, a small suburb about 30 minutes south of Boston. I attended Yale University from 2010 to 2014 where I earned a Bachelor of Science degree in Geology and Geophysics with a concentration in Paleontology and Geobiology.

I am now a PhD student studying Paleobiology in the Department of Geological Sciences at the Stanford School of Earth, Energy, and Environmental Sciences.

My overall goal is to improve our understanding of the effect of major evolutionary environmental transitions on the sizes of organisms. Using phylogenetic comparative methods, I analyze various animal groups that inhabit an array of different habitats (such as marine, freshwater, and terrestrial environments) for significant differences in body size between group members that inhabit those different habitats. Taking into account fossil taxa and geologic time, I analyze the reaction of body sizes of these taxa to environmental transitions.

I also employ machine learning to compile data using the DeepDive software, which has been produced by Christopher Ré’s lab at Stanford. I am further developing this software to analyze images in the paleontological literature, producing measurements for specimens that would otherwise never have been included in body size datasets.

In my spare time, I enjoy playing the saxophone and clarinet. I have performed in numerous classical, jazz, rock, and pop performances across the country and internationally.