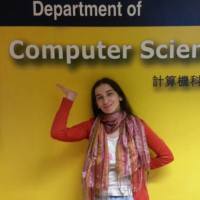 PhD student at Rome Sapienza University, Dept. of Computer, Control, and Management Engineering.
I have been a research assistant at Univ. of Perugia, Dept. of Maths and Computer Science, working on AI, Semantic Similarity Measures, Social Networks, Emotion Recognition and Classification, E-Learning, Usability.

University of Perugia
April 2013 - March 2014
Mathematics and Computer Science
funded from local regional government, working on usability of QR-codes as tool for augmenting content of e-learning apps and services. Working through the university spin-off Esebel s.r.l.

The article provides a clear and complete overview on the state-of-the-art and on the history of GIS tools. GIS is without any doubt an important tool for many topics. While machi...