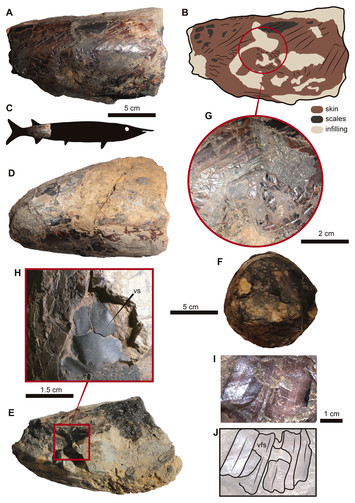 Average h-index of Editorial Board: 29

Josh Bonde @JWBonde 346 days ago
Everyone loves frogs! These frogs survived the K-Pg! Almost a decade in the works, an alternative title I thought up tonight was: Temperate Lake in a time of the Tropics. Frog taphonomy on the Nevadaplano https://t.co/Gp5iAitpDJ
reply

Neil Brocklehurst @palaeo_neil 349 days ago
I missed this when it came out, but it was something I was wondering if it would be possible only the other day: Tip dating by assigning age uncertainty to fossil formations rather than the species themselves. New(ish) paper by King &amp; Rücklin https://t.co/Xd3sMgU0O4
reply

Serjoscha Evers @SirJoscha 349 days ago
New paper alert: I am happy to announce that my latest descriptive paper on the cranial osteology of the pleurosternid turtle Pleurosternon bullockii is published today in @thePeerJ, together with @RollotYann &amp; W. Joyce: https://t.co/yJR45mTj2p 1/4
reply

Professor John R. Hutchinson @JohnRHutchinson 364 days ago
Analysis of bone morphometrics and finite-element modelling of the weird Australian mekosuchine crocodylomorphs, supporting that they were more terrestrial than extant crocs tend to be: https://t.co/tW7Cz7TQZq https://t.co/LA1QkHKJlv
reply

Fabien Knoll @FabienKnoll 374 days ago
An article I handled as editor has been published today @thePeerJ https://t.co/kviE5lKeqU Congratulations to @df9465 and Elizabeth Freedman Fowler. Thanks to James Campbell, @Jordan_Mallon and Mark Loewen for reviewing. #EvolutionaryStudies #Paleontology
reply

Why Did This Ancient Marsupial Have Saber Teeth?
https://www.atlasobscura.com/articles/ancient-marsupial-saber-teeth

Fossil Discovered in the 1960s Finally Reveals Its Secrets: New Plant Species That Lived About 365 Million Years Ago
https://scitechdaily.com/fossil-discovered-in-the-1960s-finally-reveals-its-secrets-new-plant-species-that-lived-about-365-million-years-ago/

For phylogenetic bracketing, why is this study lacking taxa related to Thylacosmilus?