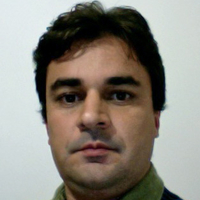 Ronaldo C. Prati received a B.Sc. degree in Computer Science in 2001 and a M.Sc. and a Ph.D. degrees in Computer Science and Computational Mathematics in 2003 and 2006, respectively, from University of São Paulo, campus of São Carlos, São Paulo, Brazi, with an internship period in Bristol University, UK. Since 2009, he is an assistant professor of Computer Science at Centro de Matemática, Computação e Cognição at the Universidade Federal do ABC (UFABC), Santo André, São Paulo, Brazil. His research interests include big data, with emphasis in machine learning, data and text mining, and their applications.