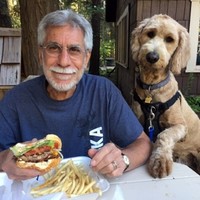 Rick is Executive Director, Emeritus, of the Arizona-Sonora Desert Museum and Research Scientist at the University of Arizona. He has authored about 200 research publications and 15 books, including the largest-selling text on invertebrate zoology (Invertebrates 3rd ed., Sinauer Associates; available in four languages) and several popular field guides He has been the recipient of more than 100 research grants from the National Science Foundation, NOAA, National Geographic Society, Charles Lindberg Foundation, National Park Service, The David and Lucile Packard Foundation, and many others. He has served on panels and boards for many foundations and agencies, including the National Science Board, NSF, Smithsonian Institution, NOAA, PEW Program in Conservation and the Environment, Public Broadcasting Service, IUCN Species Survival Commission, U.S. Department of the Interior, and others. He has served on numerous environmental and science non-profit boards. He has organized field expeditions throughout the world, in over 50 countries, and has maintained his research programs in the Sonoran Desert and Gulf of California for more than 40 years. He is an elected Fellow in the American Association for the Advancement of Science (AAAS), the Linnean Society of London (FLS), and the California Academy of Sciences.

Conflict in the Colorado Delta - A response to Brusca (2018)