0
What encouraged you to start studying the neuroscience of magic?
Viewed 90 times

For example, are any of you amateur magicians in your spare time?

We didn't know much at all about magic 7 years ago, when we started this line of research. But we had been studying the neuroscience of visual illusions for many years, sometimes in connection to art (such as illusions by the Op artist Victor Vasarely). So we had the background to realize that illusions created by artists had great potential value to neuroscience. What propelled us ultimately to study magic and magicians was that we organized a symposium on magic and consciousness, as part of the 2007 annual conference of the Association for the Scientific Study of Consciousnesses, which Steve and I co-chaired. In preparing this symposium, we had long conversations and extremely interesting discussions with some of the best magicians in the world, and realized that the dialogue should continue, in the form of research, after the symposium itself was done. A few years later, we did take magic lessons for over a year, which culminated in our one and only performance, to gain admission as magician members to the Magic Castle in Hollywood (the Academy of Magical Arts). We tell that story (embarrassing bits and all :-)) in our popular science book on the neuroscience of magic, Sleights of Mind (http://sleightsofmind.com). 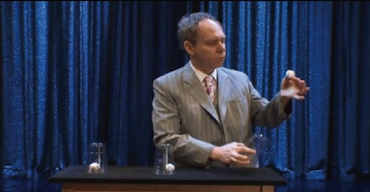