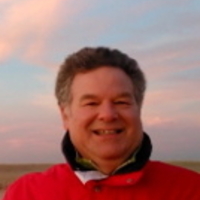 PhD in water and nutrient cycling of pine plantation forests in Fiji. Specialised in the science of climate and land use change in relation to their impacts on surface and ground water hydrology and biogeochemical cycles. Expert in tropical natural and plantation forest ecohydrology, micro-meteorology, catchment hydrology, hydrochemistry and agricultural hydrology. Involved in a teaching a wide range of environmental water-related courses at BSc, MSc and PhD levels.

Acacia Water
October 2015
Hydrology
I am involved in Dutch and international applied research projects that aim to improve water security in the public and agricultural sectors in view of climate and land use change. This includes research on water, nutrient and pesticide use in agriculture and the impact on surface and groundwater quality. In addition, I am involved in hydrochemistry and tracer studies, development of water management plans, and in the development of new telemetric sensors for use in agriculture. Most of these studies combine field measurement campaigns with modelling (e.g. Hydrus, SWAT models). I am also involved in hydrological training and capacity building, and teach introduction to hydrology at the Amsterdam Univerity College jointly with staff from the VU University Amsterdam.

VU University Amsterdam
September 2001 - October 2015
Earth Sciences
Main research activities were in the field of ecohydrology and micrometeorology. In this period I worked with PhD students in the Large-Scale Biosphere Atmosphere (LBA) projects in the Brazilian Amazon on hydrology and carbon and nutrient cycling in tall rain and heath forests. In Slovenia an ecohydrological study was conducted to assess the influence of land use change and natural vegetation regeneration on hydrology, and in a Dutch polder flow paths in an agricultural field were investigated. I was master co-ordinator of the Hydrology Master Programme and contributed to courses on global change, introduction to hydrology, catchment response analysis, ecohydrology, climate modelling, instrumentation field course Netherlands, hydrology field course Portugal, BSc and MSc research projects and supervised PhD students.