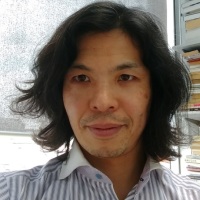 Dr Masahiro Ono was originally trained as a dermatologist, and later specialised in immunology. He obtained his PhD in 2006 by a study on regulatory T cells (Treg), and later identified the interaction of the Treg-specific transcription factor Foxp3 and the transcription factor Runx1. In 2009, he obtained a HFSP Fellowship, and joined University College London (UCL), when he established a new genomic analysis tool using a multidimensional method, Canonical Correspondence Analysis (CCA). In 2012, he was awarded a BBSRC David Phillips Fellowship, and established his lab in UCL. In 2015, he moved in the Department of Life Sciences, Imperial, and was appointed as Senior Lecturer in 2018.

Recently, the Ono group has established a novel tool for analysing temporal dynamics of cellular differentiation and activation in vivo, Timer-of-Cell-Kinetics-and-Activity (Tocky とき), and his group is using this tool to investigate mechanisms underlying T cell differentiation and T cell-mediated immune response.