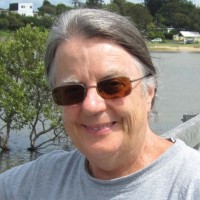 Lesley J. Rogers is a Fellow of the Australian Academy of Science and Emeritus Professor at the University of New England, Australia. After being awarded a First-Class Honours degree by the University of Adelaide, she studied at Harvard University in USA and then the University of Sussex, UK. She was awarded a Doctor of Philosophy and later a Doctor of Science from the University of Sussex, UK. After returning to Australia, she has held academic positions at Monash University, Australian National University and the University of New England, serving as Professor and Head of Physiology for several years. Her publications, numbering over 500, include 19 books and over 280 scientific papers and book chapters, mainly on brain and behaviour. In the 1970s her discovery of lateralized behaviour in chicks was one of three initial findings that established the field of brain lateralization in non-human animals, now a very active field of research. Initially, her research was concerned with the development of lateralization in the chick, as a model species, and the importance of light stimulation before hatching on the development of visual asymmetry, which she investigated at the neural and behavioural levels. She then compared lateralized behaviour in different species spanning from bees to primates and, more recently, has focussed on the advantages of brain asymmetry and the link between social behaviour and population-level asymmetry. She also edits the journal Laterality.

University of New England
School of Science and Technology