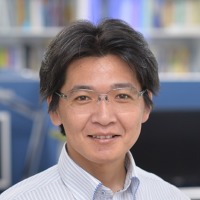 K. Wakabayashi gained his Ph.D in 2000 from the University of Tsukuba in Japan. From 2000 to 2009 he was an Assistant Professor at Department of Quantum Matter in Hiroshima University, Japan. From 2009 to 2015, he is an Independent Scientist at World Premier Research Center Initiative for Materials Nanoarchitectonics (WPI-MANA), National Institute for Materials Science (NIMS) in Tsukuba, Japan. From 2015, he is a full professor at Department of Nanotechnology for Sustainable Energy, School of Science and Technology, Kwansei Gakuin University, Japan. Beside the above primary research position, he was a visiting scholar at Institute for Theoretical Physics, ETH-Zurich, Switzerland from 2003 to 2005, also had a concurrent position as PRESTO researcher in Japan Science and Technology Agency (JST). His main research interests are theoretical nanoscience and condensed matter theory especially focusing on the electronic transport and magnetism in nanoscale scale systems. Also, he is known due to the contributions to the theoretical works for nano-graphene and graphene nanoribbons. His total citation accumulates about 8000.