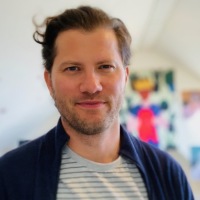 As PeerJ's chief executive officer, Jason is responsible for day-to-day operations; product; and strategy. Together with co-founder and Publisher Peter Binfield (previously PLOS), Jason and Pete built the PeerJ platform and mission with a focus on the user experience, speed, and lowering costs for Open Access. Jason strongly believes that research needs to be openly available if we are going to solve this century's biggest challenges.

Prior to co-founding PeerJ, Jason was Chief Scientist at Mendeley heading up R&D and Products, pioneering the data mining group that scaled Mendeley's growth to crowd source more than 150 million academic documents in just over two years. Previous to this, he started up Ologeez, one of the earliest online bookmarking and recommendation tools for academic literature.

Jason holds a Ph.D. in Genetics from Stanford University where he worked under Michele Calos researching human gene therapy.

3
What's the best _unexpected_ thing about being a professional paleontologist?

0
How is quality defined?
0
accepted Supplemental Methods
0
Why no earth or planetary science?
0
What Does Open Access Mean To You?