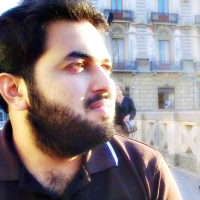 Hasan Ali Khattak received his Ph.D. in Electrical and Computer Engineering degree from Politecnico di Bari, Bari, Italy in April 2015. He is currently serving as Associate Professor - School of Electrical Engineering and Computer Science, National University of Sciences and Technology - Pakistan since October 2020. His current research interests focus on Future Internet Architectures such as the Web of Things and leveraging Data Sciences and Social Engineering for Future Smart Cities. Along with publishing in good research venues and completing successful funded National and International funded projects, he is also serving as a reviewer in reputed venues such as IEEE Access, IEEE Network Magazine, IEEE Consumer Electronics, Hindawi, SAI, IET, and a few national publishers. He is currently involved in several funded research projects in various domains such as Healthcare Information Management, Semantic Web of Things, and Fog Computing while exploring Ontologies and other Semantic Web Technologies. His perspective research areas are the application of Machine Learning and Data Sciences for improving and enhancing Quality of life in Smart Urban Spaces especially in the Healthcare and Transportation domain through Knowledge management, predictive analysis, and visualization. He is an active Senior Member of IEEE, a professional member of ACM, and a member of societies such as IEEE ComSoc, IEEE VTS, and Internet Society.

National University of Science and Technology