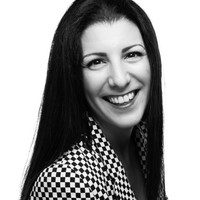 I am a functional anatomist and biomechanist interested in assessing the links between form (morphology), function (mechanics) and pathology of the vertebrate musculoskeletal system during feeding and locomotion.
I received my BA at the National and Kapodistrian University of Athens in 2003, my MSc on Human Osteology and Palaeopathology from the University of Bradford, UK in 2006 and then I obtained my PhD at the University of York, UK in 2010. Straight after my PhD I joined John Hutchinson’s group at the Structure and Motion Laboratory at the Royal Veterinary College as a 3 year BBSRC postdoc on comparative locomotor mechanics and pathology. The last two years of my postdoc appointment, I received a Marie Curie Reintegration Fellowship on chewing mechanics during which I rounded my training working closely with Callum Ross (University of Chicago) and Paul Dechow (Baylor School of Dentistry).
My team consists of passionate young researchers who share a love for science and challenging projects. We work with humans, non-human primates and impressive gigantic animals (elephants, whales, rhinos, giraffes and more) from safari parks across the globe. My research projects involve extensive field work and the application of ground-breaking experimental techniques, mathematical models and computer simulation to better understand how the musculoskeletal system works.

0
How about coining a term for junk?