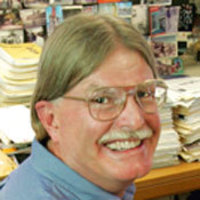 David Bottjer did a B.S. at Haverford College (1973), and received his Ph.D. from Indiana University in 1978. Since 1979 he has been at the University of Southern California, where he is now Professor of Earth Sciences, Biological Sciences, and Environmental Studies. He spends much of his research time unraveling the causes and consequences of mass extinctions, particularly those in the Mesozoic.The evolutionary and ecological origin of animals on Earth is his other major research interest. He has engaged in extensive professional service throughout his career, including past editorships of Palaios and Palaeogeography, Palaeoclimatology, Palaeoecology, and election to the presidency of the Paleontological Society for 2004-2006. He is a Fellow of the Paleontological Society, the Geological Society of America, and the American Association for the Advancement of Science.