Today, we published the result of a multi-institutional research showing that chimpanzees raised primarily around humans with less experience around their own species during the first four years of life, tend to show reduced social competencies as adults than those with more natural early histories. This project was led by Steve Ross, Director of the Lester E. Fisher Center for the Study and Conservation of Apes at Lincoln Park Zoo in Chicago, IL, USA. We were very interested in hearing more about this research so we invited him to answer a few questions. 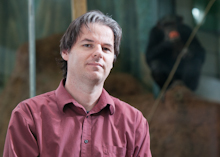 I’m the Director of the Lester E. Fisher Center for the Study and Conservation of Apes at Lincoln Park Zoo and for about twenty years I have primarily studied the behavior and psychology of chimpanzees. I am primarily interested in measuring, assessing and then ultimately improving the welfare of chimpanzees, and as such, I’ve been fortunate to work in a wide range of settings from laboratories to zoos to sanctuaries. In 2009 I started Project ChimpCARE, which is a non-partisan initiative that aims to use science, and education to understand and address issues surrounding privately-owned chimpanzees such as pets and performers.

This was the first study to come out of a multi-year, multi-disciplinary and multi-institutional initiative in which my post-doc, Dr. Hani Freeman and I, aimed to assess the long-term developmental outcomes on chimpanzees that had been previously housed as pets and performers. These chimpanzees typically have very unusual social histories and many have virtually no experience with their own species until they are fortunate enough to find new homes in accredited zoos or sanctuaries. We used a variety of methods to measure how these atypical early histories affected chimpanzees long after those periods of human influence were over and in this paper, we describe what we found from our behavioral data.

The research was really motivated by what we had heard from zoos and sanctuaries that were managing these ex-pet and ex-performing chimpanzees. These chimpanzees were often very slow to integrate with other chimpanzees despite the best efforts of the staff. I’ve often heard it described as them “not being able to speak chimpanzee” or not being able to relate to others of their kind. We wanted to take an objective and scientific assessment of this phenomenon, which would not only be useful in characterizing the long-term outcomes of the controversial practices of private ownership of apes, but also give us a more complete academic perspective on the importance of early rearing environments.

There is growing discontent with the fact that, in the United States, you can own a pet chimpanzee: a highly complex, intelligent and dangerous wild animal that is endangered in its native habitat. But even today, people point to the fact that these animals seem loved and well cared for by their owners. Having worked with many chimpanzee owners, I know they care for their chimpanzees, but they don’t have the skills or resources to provide the physical and more importantly, the appropriate social environments they require. The data in this paper shows there are very likely long-term consequences to private ownership (high human influence) for chimpanzees.

We have a lot of data yet to be published including interesting comparisons across personality traits, physiological measures and some cognitive testing. We’ll be utilizing the Chimpanzee-Human Interaction (CHI) Index that we introduced in this paper, to understand the degree to which human influences affect chimpanzees across a broad spectrum of outcomes. 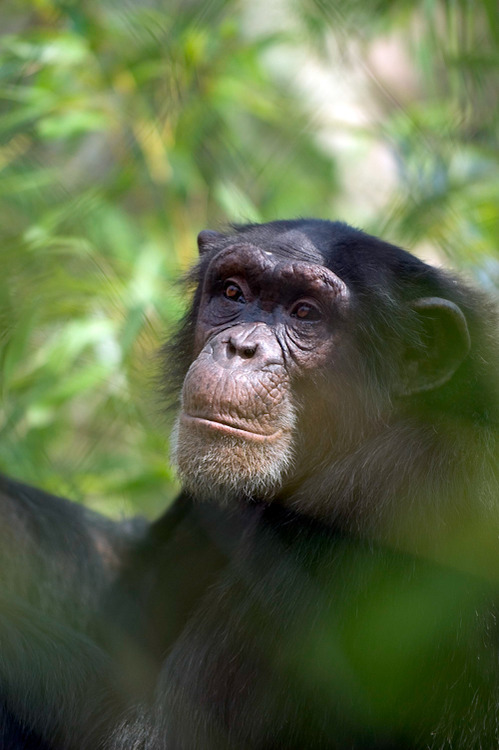 The speed of the process, which was nice, did not lead me to believe that the process was any less rigorous that other journals in which I’ve published – just more efficient. It helped also that the staff has been friendly and helpful too.
I own an electric car and the feeling of being an “early-adopter” on a fresh, new and exciting endeavor that seems destined to be the new normal is fun. Publishing with PeerJ feels a little like that too.

Join Steve Ross and thousands of other satisfied PeerJ authors – send your next article to PeerJ and put the fun back into publishing!