Last year, we published “Dissecting the mechanisms of squirrel monkey (Saimiri boliviensis) social learning”, an important article which received good attention from the community. As you can see, this article has already been cited several times, and the PDF has a high proportion of download to views (indicating that a large proportion of readers are choosing to save the article for future study). We invited the first author Lydia Hopper to comment on the impact of her work in the scientific community. 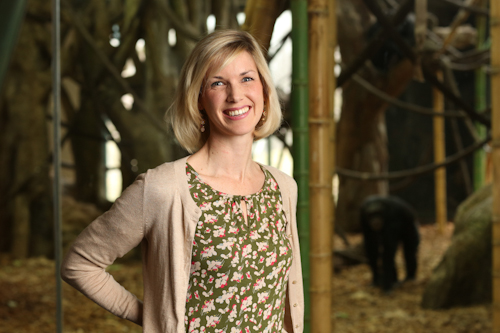 LH: I am a Research Scientist at the Lester E. Fisher Center for the Study and Conservation of Apes at Lincoln Park Zoo in Chicago. I have the wonderfully fortunate role of helping our Center Director to design and coordinate the on-grounds behavioral, cognitive, and welfare research that we run with our resident chimpanzees and western lowland gorillas. This involves both observational data collection of the animals’ behavior, social relationships, and space use, as well the implementation of experimental paradigms, such as using touchscreen interfaces to assess their ability to learn and remember sequences of symbols. As a scientist, the most exciting part about working in a zoo is that we conduct much of our research in view of the public. This means that we can not only inform our guests about the findings of our research, but also teach them about the scientific process.

LH: It was a study of squirrel monkey (Saimiri boliviensis) social learning. Squirrel monkeys are small Neotropical monkeys that are highly gregarious and curious, which is why we thought they would be a perfect species for this study. Social learning describes how an individual can gain information from the actions of another, whether by observing them directly or learning from the outcomes of the behavior. Social learning is important not only because it enables individuals to gain new skills more quickly, by cutting out time-consuming, and potentially dangerous, trial-and-error learning, but it is also the non-genetic inheritance system that underpins human culture. Therefore, for a number of years, researchers have been studying the extent to which animals are capable of social learning. Previous studies of social learning had been run with a number of species, including fish, rodents, birds, primates, and even, as reported in a study published in PeerJ last year, goats (Baciadonna et al. 2013. PeerJ 1:e172). However, when we published our study, no other had really investigated the social learning skills of squirrel monkeys. We found that the monkeys were able to learn a new foraging skill from observing their group mates and that, as has been reported for other Neoptropical monkeys, having the social support of their group mates really encouraged exploration of the novel food source that we introduced.

PJ: What was the reception of your peers to this publication?

LH: I was at the International Ethology Conference shortly after our study had been published and I was amazed to see a speaker reference our study and include figures from our article in his talk. I don’t think I’ve ever seen my research referenced so quickly by my peers! Interestingly, in addition to receiving positive feedback about my article, many of my friends and colleagues were also curious about the journal as they had not heard of PeerJ. I had been so impressed with this ease and speed of the submission and editorial process that I have recommended it to many of my friends. Indeed, along with one of our former postdocs, our Center Director, Steve Ross, submitted an article to PeerJ after I suggested it to him as a good forum for his research, and I’m excited to report that they recently had their article accepted in PeerJ [Note from PeerJ: soon to be published!].

PJ: Your article has been cited and downloaded several times already. Would you say that this publication has influenced others?

LH: I hope so, but I guess time will tell! However, it seems that we picked a hot topic because, only a couple of months after our study was published, a second article on squirrel monkey (S. sciureus) social learning was published.

PJ: Why do you think it has been highly cited and downloaded?

LH: I think that the fact that PeerJ is an open access journal was really instrumental in getting our findings disseminated so quickly, and to a wider audience. Furthermore, in the past 12 months, other articles about primate social cognition have also been published in PeerJ (e.g., Carter et al. 2014. PeerJ 2:e283 and Suchak et al. 2014. PeerJ 2:e417), which has garnered the journal more attention from people from within my field.

PJ: How has your research progressed since the publication?

LH: I continue to be fascinated by social cognition and am currently involved with studies focused on a number of topics including primates’ responses to inequity, their ability to cooperate, and also, of course, social learning. At Lincoln Park Zoo, I’m designing experiments that are not only theoretically interesting, but also offer cognitive and welfare benefits to the apes that choose to participate. This is a key focus of our Center and it has been exciting for me to expand my research to incorporate studies of an applied nature.

PJ: What are you working on at the moment in this area?

LH: At the zoo, we are currently investigating the interplay between chimpanzees’ individual innovative behavior and socially-influenced learning in a foraging context. I’m really interested to discover how each chimpanzee’s strategies or choices may be influenced by the behavior and decisions of their group mates. This is an on-going study, so watch this space! 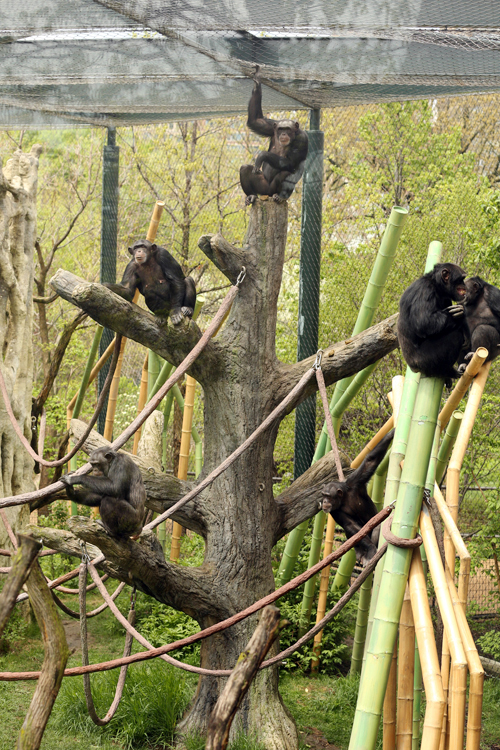 We hope to read more about Lydia Hopper’s research soon, and we encourage any others working in the field to submit their work to PeerJ.