Today we published a new study by scientists of the Maldives Whale Shark Research Programme (MWSRP) revealing that a small group of whale sharks in a single Maldivian Atoll accounts for nearly 3% of the global shark ecotourism and nearly half that of the Maldives’.

This is the first value that has been attributed to what is a burgeoning industry in the Maldives. It is also the first time that a valuation for a wildlife viewing experience has been calculated exclusively from observational studies.

We were interested in hearing more about this work, so we invited the first author Fernando Cagua to comment on his research and his experience publishing with us.

FC: After finishing an engineering degree in Colombia, I took a chance to follow one of my childhood dreams and become a Marine Biologist: I enrolled for a Masters degree in Marine Science at KAUST, a new research university in Saudi Arabia. Since then I’ve been working on fish ecology research and conservation and I totally love it. In 2013 I was lucky enough to start working with the MWSRP, a wonderful Maldivian/British charity that carries out research and fosters community focused conservation initiatives in the Maldives.

FC: In South Ari Atoll, Maldives, there is what we believe to be a year round aggregation of juvenile whale sharks. As Simon explained some weeks ago, despite being the largest fish in the world, whale sharks are entirely harmless. Swimming with them is pure joy; you truly feel the majesty of the ocean. Lamentably whale sharks are threatened by several human activities—not only in the Maldives.

We decided to quantify their economic impact as a way to encourage active management. Often, bringing the money subject to the table encourages stakeholders to take action and implement management and conservation strategies. 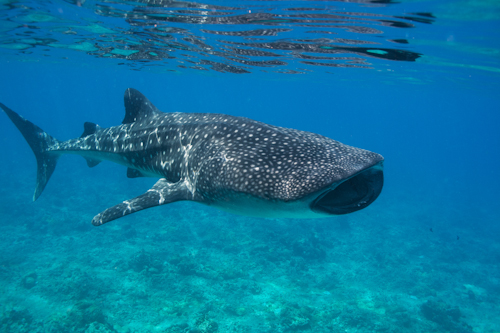 We had the feeling that there were a good number of tourists trying to swim with the whale sharks in South Ari Atoll, but we never expected such high numbers. We found that in 2012 about US $9 million was spent just in whale shark excursions; that’s about 3% of the global shark ecotourism expenditure. To put that amount in a Maldivian context, previous estimates of shark related ecotourism in the whole country, which didn’t included the whale sharks we studied, were around US $12 million. 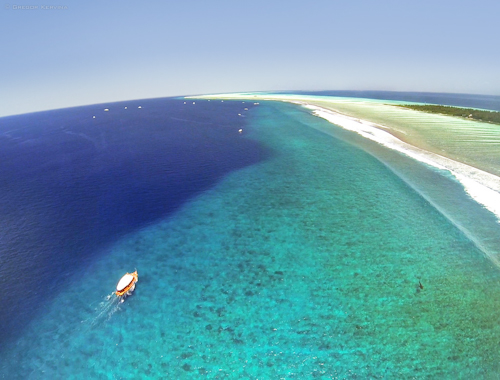 FC: I hope stakeholders of wildlife tourism will be able to see how science can play an important role in preserving the natural assets they ultimately depend. To some people, research and conservation management are expensive, unnecessary, and sometimes bothering activities. But it has been shown (many times) that science informed action is the best chance we have to avoid the tragedy of the commons. 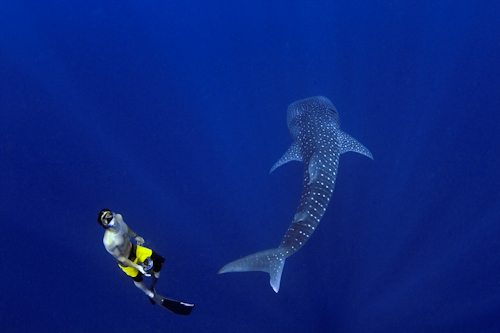 PJ: How would you describe your experience of our submission / review process?

FC: Friendly and helpful. The submission system is really good; I wish it were half as easy in other journals. Also, although it can be improved, I particularly liked the integration that PeerJ has with LaTeX.

FC: No doubt. We are planning to release several papers during the following years and we probably are going to try to publish them all in PeerJ. Because the MWSRP benefits from citizen science as well as the contribution of many volunteers from everywhere around the world, anything different to Open Access makes no sense for us. PeerJ is not only an open science journal, but it’s also efficient, economical and exciting; clearly the best fit for us.

We encourage you to check out some of our Marine Biology publications in PeerJ. Join Fernando Cagua and thousands of other satisfied authors, and submit your next article to PeerJ.