A few months ago, we published ‘Significant changes in the skin microbiome mediated by the sport of roller derby’ a very interesting paper that generated a lot of attention in the media and has been described by some, as their “favorite microbiome study“.

As you can see, this article has already been cited several times, it has been viewed over 9,000 times, and the PDF has been downloaded over 1,600 times, indicating that this study is already making a significant impact in the field. 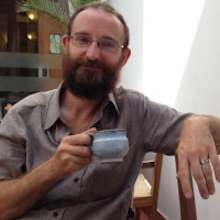 We felt it would be informative to ask James Meadow—corresponding author on this publication—to comment on the impact of his work, a year after his results went public.

PJ: Would you say that this publication has influenced others?

JM: I sure hope so! When I first heard about PeerJ, I was concerned that a paper might go unnoticed in a new journal. That was clearly not the case. Our visibility was more than sufficient to get the ideas and the science heard by a larger community, and these recent citations include some very interesting directions in human health and the skin microbiome. I hope this paper continues to influence the way we think about studying our microbiome.

PJ: Why do you think it has already been highly cited and downloaded?

JM: Clearly the model system is enough to garner plenty of interest, but I’ve heard from colleagues that they appreciated the good science behind the model system. Roller derby aside, learning more about how we share our microbes with those around us is intrinsically interesting and important, so I hope the research that builds on this idea will continue to get attention.

PJ: What was the reception of your peers to this publication?

JM: The reception was surprisingly positive. With a paper like this, we were really hopeful that the science would be highlighted instead of just the interesting model system. And it seems like that is what happened. Watching the reaction on Twitter was fascinating. Lots of non-scientists (and plenty of roller derby skaters) were sharing the news stories over social media, and the reactions were luckily more nuanced than just “Ewww”. I think this is great, because it means that microbiome science is continuing to spread outside of academic circles, which is part of the impact we had hoped for.

PJ: How has your research progressed since the publication?

JM: This was a project that began as undergraduate and graduate student research, and it has informed how we move forward. For instance, one coauthor (Ashley Bateman) is extending these ideas for her dissertation research in a more experimental approach to understand the long-term consequences of skin microbiome sharing.

PJ:  And what are you working on at the moment in this area?

JM: That project was focused on touching each other to share microbes, but it has also become more clear that we each have a unique microbial cloud that doesn’t even require contact. So that is a focus for my research right now, and some of the same ideas and methods we used in that paper are being expanded for our new research.

Join James Meadow and thousands of other satisfied authors, and submit your next article to PeerJ.