Research Updates – Tadpole shrimps and the concept of ‘living fossils’

‘Living fossils’ are defined as species with limited recent diversification and high morphological stasis over long periods of evolutionary time. Charles Darwin first coined the term in his On the Origin of Species. 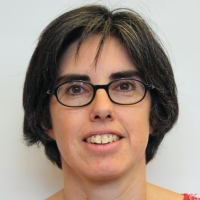 As you can see, this article has already been cited several times, making a significant impact in the field.

We invited Dr Gomez to comment on the impact of her work in the scientific community.

“I can’t believe it is already one year since we published the paper!” she said. “I think it has been well received. The main topic we covered emphasized that the concept of a living fossil is subject to misinterpretation so we best avoid using it, a conclusion supported by work on other ‘living fossils’ such as Coelacanths and a group of plants, the cycads. The Triops research community is quite small, as it is not a model organism, so it is great that other researchers have shown an interest in our work. A colleague of mine even remarked ‘I think Darwin would agree with the conclusion of this paper’! Also, I think the excellent promotion of the press release by PeerJ and use of social media had much to do on this, as the paper was covered on several online science magazines and newspapers”.

Dr Gomez’s research has progressed quite well since this publication. She told us that “this was the second paper out of Thomas Mather’s PhD, and Tom has graduated and is now a postdoc. And there is still more to come! We are almost ready to submit a third paper from his thesis—on sex chromosomes in Triops, based on next generation sequencing data. It is very exciting and I look forward to getting it out!”

We hope to read more about Dr. Gomez’s research soon, and we encourage any others working in this field to submit their work to PeerJ.