Feb. 10, 1835 was the birthday of Victor Hensen, German oceanographer, who coined the term plankton (singular plankter). They consist of microscopic animals (zooplankton) and plants (phytoplankton). On the smaller end of the spectrum are the bacterioplankton.

Plankton play a key role in the oceanic food web and they may be key indicators of ecosystem change, as shown in the recent PeerJ article “Gooseneck barnacles (Lepas spp.) ingest microplastic debris in the North Pacific Subtropical Gyre”.

Learning about the oceans and the marine life inhabiting them is becoming critical, so we invited comments from the authors of other PeerJ studies relevant in the field.

Dr. Andreas Haas is a Postdoctoral Researcher in the Rohwer Lab at San Diego State University. He comments on his PeerJ article “Influence of coral and algal exudates on microbially mediated reef metabolism”, part of the Line Islands Collection.

“Tropical benthic producers like coral or algae can alter biochemical cycling and microbial community structure and metabolism in the surrounding seawater. These microbes are however important players in the health and decline of coral reefs. For instance, algae release a high amount of dissolved organic carbon – basically sugars – thereby increasing the bacterioplankton oxygen consumption, which then results in a shift towards net heterotrophic community metabolism. While coral exudates foster more diverse bacterioplankton communities with few virulence factors, algal exudates support less diverse copiotrophic communities with increased numbers of coral pathogens. Low oxygen environments and increased coral disease opens additional space for colonization by algae, setting up a positive feedback that destroys coral reefs.  This is just one example of the intricate mechanisms which determine ecological processes in environments as complex as coral reefs.” 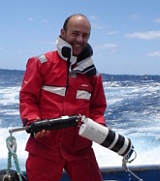 “Small fish get together to form huge schools of many millions of individuals. My work explores whether it is possible that these schools act like giant sieves, or ploughs, grading out the prey that is best to eat and mixing up the rest in a way that might enhance growth. Making turbulence work in this way could be a very important mechanism, because it might mean that some sorts of fish need other fish exactly like them to thrive. In that case recovery from fishing needs to be managed very differently.” 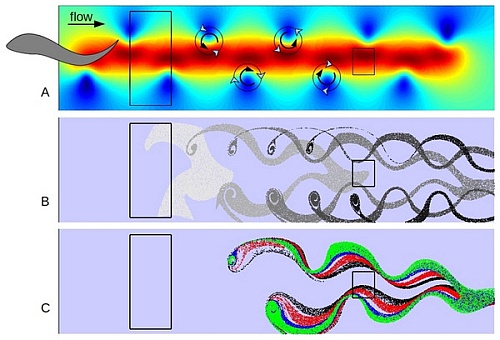 Dr. Hideyuki Doi is currently a tenure-track lecturer at Hiroshima University. We asked him to comment on his PeerJ article “Isotopic evidence for the spatial heterogeneity of the planktonic food webs in the transition zone between river and lake ecosystems”. 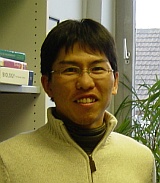 “Although the spatial scales of ecological processes have been recognized as important in ecology, there is little available information about the small-scale spatial structure of food webs. We investigated the spatial structure of food webs in a lake at the littoral transition zone between an inflowing river and the lake. We measured the carbon isotope ratios of zooplankton and particulate organic matters (POM) in the littoral zone of a saline lake. We found that the parallel changes in the carbon isotope values of zooplankton and their respective POMs along with the distance and environmental gradient. This result indicated that spatial heterogeneity of the planktonic food webs along with environmental gradients within a lake, even at a 100-m scale.”

To read more articles on marine biology, follow this link.

To search for PeerJ Academic Editors in marine biology, follow this link.

Don’t forget that until end-March 2014, we are running a special offer for free PeerJ Publications.