Announcement – Anyone can now publish unlimited PeerJ PrePrints for free 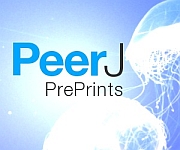 PeerJ has been publishing PeerJ PrePrints (an innovative pre-print server for un-peer reviewed articles in the biological, health and medical sciences) since April 2013. In that time, we are pleased to have published almost 100 preprints, some of which have received more than 5,000 views. Some preprints have been revised several times, and some  have gone on to be published as formal peer-reviewed articles in PeerJ. Many of our preprints have received multiple instances of ‘review level’ feedback from readers, some in the first 36 hours of being online; some preprints have been submitted by ‘citizen scientists’; and one preprint was even used as a way to get work into the world despite the US Government shutdown. Preprints have also been used as a way for conferences to build up a complete record of their conference output.

Thus, we have demonstrated that there is a strong desire from the community to publish their preprints, and as a result we want to make sure that as many people as possible are able to do so.

Until now we had allowed authors to publish one free preprint per year (without needing to purchase a ‘paid’ publication plan), however we appreciate that this artificially limits the ability of some authors to submit their preprints to us. One of our core beliefs is that we are working to maximize the ability of all authors to publish their work as freely as possible, and so we are pleased to announce today that we are lifting the ‘one free preprint per year’ restriction. Henceforth anyone will be allowed to publish as many PeerJ PrePrints as they wish, without needing to take out a paid publication plan.

This is a significant new benefit for the academic community, and so we encourage you to tell your colleagues and to consider submitting your pre-prints to us at https://peerj.com/preprints