October is the international Breast Cancer Awareness month – according to the World Health Organization, breast cancer is the most common cancer among women worldwide, claiming the lives of hundreds of thousands of women each year and affecting countries at all levels of modernization. The good news? Many women can survive breast cancer if it is found and treated early. The American Cancer Society recommends women 40 and older have a mammogram and clinical breast exam every year, and younger women have clinical breast exams periodically as well (preferably at least every 3 years).

According to the National Cancer Institute at the NIH, a woman’s risk of developing breast and/or ovarian cancer is greatly increased if she inherits a deleterious mutation in either the BRCA1 or BRCA2 gene. Men with these mutations also have an increased risk of breast cancer, and both men and women who have harmful BRCA1 or BRCA2 mutations may be at increased risk of additional types of cancer. Genetic tests can check for BRCA1 and BRCA2 mutations in people with a family history of cancer that suggests the possible presence of a harmful mutation in one of these genes, and if a harmful BRCA1 or BRCA2 mutation is found, several options are available to help a person manage their cancer risk.

In May, Angelina Jolie published “My Medical Choice” in the New York Times. Her decision to have a double mastectomy based on the results of BRCA testing, among other factors, has increased interest and spurred many women to consider if they too should be tested. For this reason, we thought it would be interesting to ask Professor Uta Francke, Advisor at PeerJ, to comment on the paper she published with us in February “Dealing with the unexpected: consumer responses to direct-access BRCA mutation testing”. 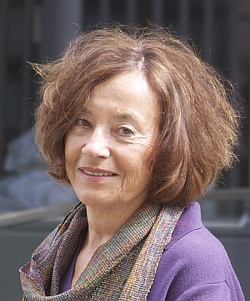 Originally from Germany, Uta Francke got her MD degree from the University of Munich and then specialized in medical genetics, diagnosing and treating people with genetic disorders. She carried out laboratory research in human and mouse genetics and taught clinical and molecular genetics at University of California San Diego, Yale and Stanford University. She currently is Professor Emerita at Stanford School of Medicine and Senior Medical Director at 23andMe, a personal genetics company.

PJ: Your study looked at how people reacted when they learned for the first time that they carried a mutation in either the BRCA1 or BRCA2 gene that put them at higher risk for breast and ovarian cancer. Can you tell us about the results you found?

UF: We have interviewed 16 women and 16 men who had received the news that they were carriers of BRCA1 or BRCA2 mutations, as well as control subjects who received the fortunate news that they did not carry any of the common BRCA mutations. Among the 11 women who tested positive (i.e. found out for the first time that they had a significant likelihood of developing breast cancer), none of them reported extreme anxiety, and 4 experienced moderate anxiety that was transitory. Remarkably, 5 women and 6 men described their response as neutral. Most carrier women sought medical advice, and 4 underwent risk-reducing procedures after confirmatory mutation testing.

PJ: You received positive media coverage for your article. In your opinion, why are these findings so important?

UF: Concerns expressed in a large body of literature and position statements issued by professional societies postulate that high-impact genetic information should not be disseminated DTC [Direct-To-Consumer] because consumers will not be able to understand the meaning, or will misunderstand it; positive test results could cause panic and inappropriate actions, possibly putting undue burden on the health care system; and negative test results could cause false reassurance and inappropriate actions such as foregoing recommended cancer screening.

Our study is the first to present empirical data on a cohort of 32 individuals and 31 controls. We chose BRCA because among all high-impact predictive genetic tests currently available DTC, BRCA mutation testing can be considered the most actionable with proven clinical utility.

Our results are also relevant for the discussion on how to deal with unexpected medically relevant information that is revealed by whole genome and exome sequencing.

PJ: The test results of the participants seem to influence other family members to be tested. Could you describe this “cascade effect”?

UF: At the time of our interviews, 30 secondary (family member) BRCA tests had been carried out as a result of the initial testing, either through physician channels or through 23andMe, with 13 positive and 17 negative results. Several secondary cases with mutation-positive BRCA tests underwent prophylactic mastectomy and oophorectomy, and others indicated that they were planning to have both risk-reducing procedures in the future.

PJ: This raises some ethical issues regarding the communication of risk and genetic results to offspring, specifically whether informing minors would incur unnecessary testing and anxiety among minors of parents who tested positive for genetic risk factors. Could you comment on that?

UF: You have to be 18 years old to get your own 23andMe account. Parents can decide to test their children but the results will go only to the parents, and it is up to them what and when they share with their children. Some parents found the burden of knowing that they have a 50% risk of having passed the mutation to their daughters intolerable and preferred to have the children tested to know for sure one way or the other. They felt knowledge is better than uncertainty – for their own mental health.

PJ: What kinds of lessons do you hope the public takes away from this research?

UF: Providing BRCA mutation results directly to consumers benefited a large fraction of individuals. A number of women without a family history of early onset breast or ovarian cancer discovered that they carry a BRCA1 or BRCA2 mutation that conveys a high risk. In many families, these benefits were extended to relatives of male or female mutation-positive study participants who took the initiative to be screened after learning of the 23andMe customer’s result and tested positive. Newfound awareness of their high risk led the majority of these women to seek medical advice and many took or are planning to take risk-reducing actions upon the advice of their physicians.

At the end of the interview, we asked participants whether they would do the testing again, and why or why not. 30/32 cases and 30/31 controls said they would do it again. The participants found the PGS® [Personal Genome Service®] worthwhile for several reasons; the most significant being that some mutation carriers felt it may have saved their lives or the lives of relatives who tested BRCA positive as a result of the primary participant being tested.

Only one of the 63 participants reported a negative impact. This participant was a mutation-positive man with a family history of breast cancer. He reported “emotional cost” and said he would prefer not to know his mutation status.

Based on the results of our study we think that population-based screening programs should be considered for these three relatively common mutations in people with Ashkenazy Jewish ancestry.

PJ: What’s next in your research? Where do you hope to go from here?

We are planning a survey-based study of customers who have increased risk for venous thromboembolism on the basis of testing positive for Factor V and/or Prothrombin II mutations. We wish to assess their reactions, lifestyle changes and clinical outcomes over time. 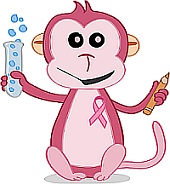 PJ: Thank you for your time, Professor Francke. Breast cancer is a devastating condition that we all hope will one day be a thing of the past.

To read more oncology articles at PeerJ, follow this link and for other editors in this area browse our editorial board at: https://peerj.com/academic-boards/subjects/68/Oncology/