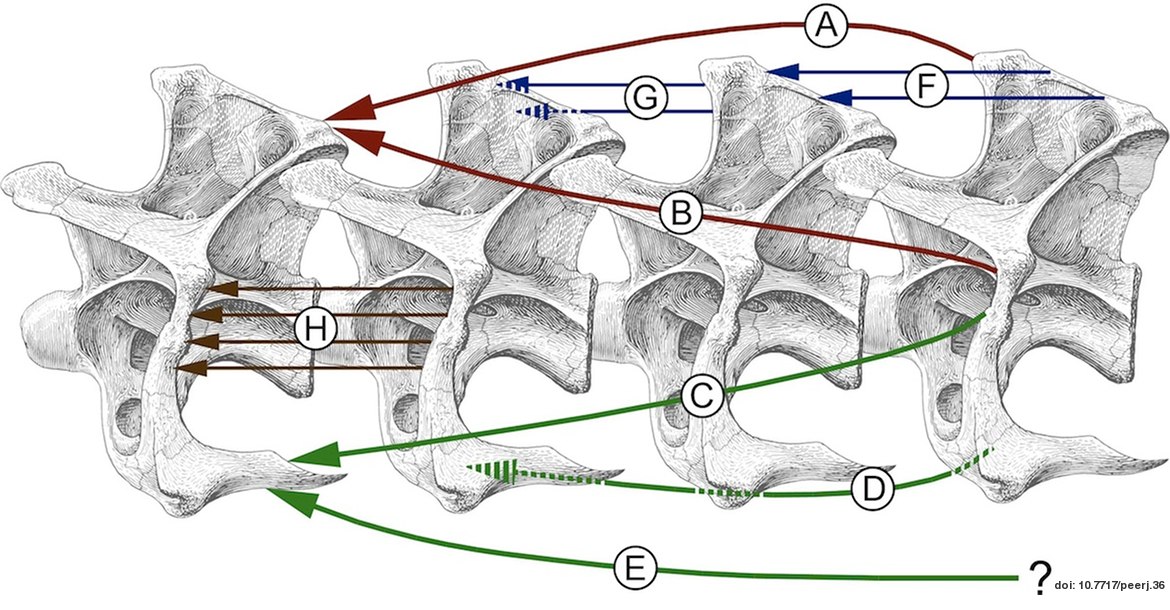 We wanted to talk about our choice of ‘lead image’ for the launch of PeerJ. This image, Fig 5 from “Why sauropods had long necks; and why giraffes have short necks”, perfectly encapsulates what PeerJ is all about, and when we saw it, we just knew that it would make the ideal featured image for our homepage. The significance of launching a new open access journal highlighting an evolutionary study on Darwin’s birthday was also not lost on us.

We like to think of PeerJ as a marriage of old and new – we are taking the best aspects of the scholarly journal, which has been developed over several hundreds of years, and applying the latest thinking of modern web design; database structure; and open access distribution. In the same way, this image (which is originally based on an image from 1936) reminds us that some fields with a long tradition, such as paleontology, are also now embracing modern publication methods.

As to this particular article (which was the first one submitted to us, after we had opened for public submissions on Dec 3rd) – there was another thing which made it important to our story. The authors of this article had originally placed it on the arXiv pre-print server in order to get it openly distributed, and to encourage early feedback. PeerJ strongly believes in the benefits of preprint distribution, and we will be launching our own preprint server this Spring (PeerJ PrePrints). Hence, the fact that this article had already gone this route seemed fitting to us. We hope that the next article these authors write, they will send it first to PeerJ PrePrints!

And finally, we want PeerJ to feature elegant design and showcase beautiful images  – we hope you agree that this image was a good place to start. Speaking purely for ourselves, it is images like this which remind us why we got into science in the first place!