The congresses of the European Society for Evolutionary Biology (ESEB) have generally been held every two years since 1987 and are currently among the largest conferences in the field of evolutionary biology. ESEB is an academic society that brings together evolutionary biologists from Europe and the rest of the world – scientists, lecturers, students, as well as journalists and others interested in evolution. The conference in Prague had almost 1600 participants who gave talks and posters on various topics in the field of organic evolution. After several online symposia in 2021, ESEB 2022 at the Prague Congress Center allowed direct interaction between evolutionary biologists in person. Approximately 400 students presented their posters and competed for awards. The conference was very lively, with an inspiring and friendly atmosphere. We look forward to the next ESEB meeting: the Society has held congresses every six years in conjunction with the American Society of Naturalists (ASN), the Society for the Study of Evolution (SSE), and the Society of Systematic Biologists (SSB). The next joint congress will be held 26-30 July 2024 in Montreal, Canada. The next ESEB conference will be held in Barcelona in 2025. 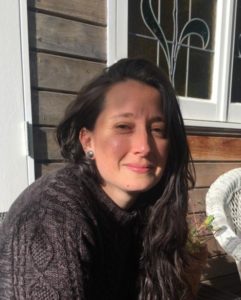 I’m Chilean currently doing my PhD in Australia, looking at the evolution of structural colouration in bees.

Bees are a very diverse group that display a wide variety of colours but not much is known regarding their structural colouration.

You won the Best Student Poster award at ESEB 2022, can you explain the research you presented?

We built a curated supermatrix phylogeny of bees, composed of extensive previous phylogenetic work. This phylogeny may enable new research opportunities related to the ecology and the evolution of bees.

Next steps are to collect bee colour data and environmental data to assess what are the evolutionary drivers of structural colouration. 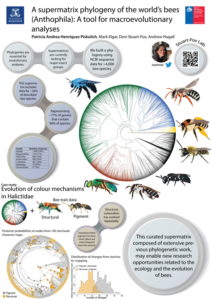