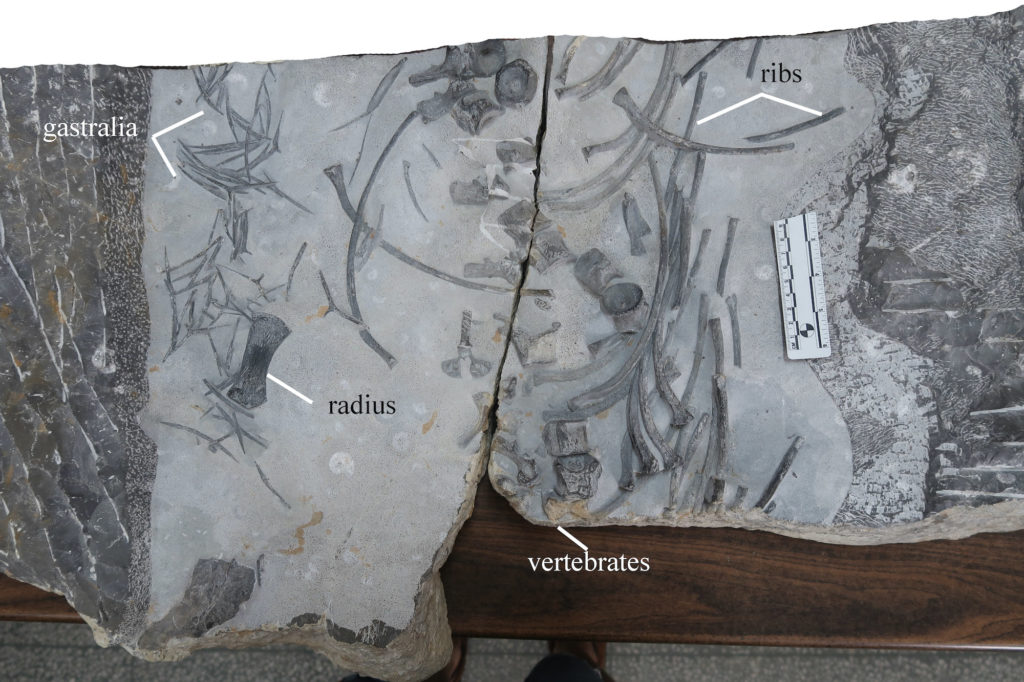 The new specimen of Baisesaurus following preparation in a lab

“I’m inclined to take Baisesaurus as a reminder that there’s still a lot to be discovered about the tremendous evolutionary explosion of vertebrate diversity that took place in the Triassic,” said Corwin Sullivan, a coauthor on the study. Sullivan is an associate professor at the University of Alberta in Edmonton, Canada, and curator of the Philip J. Currie Dinosaur Museum in nearby Wembley.

Ichthyosaurs are a group of successful Mesozoic marine reptiles that have a worldwide distribution, but their evolutionary origin is still unclear. In recent years, many new marine reptiles related to ichthyosaurs, and called early ichthyosauromorphs, have been found in rocks of Early Triassic age and shed light on the origin of ichthyosaurs. These early ichthyosauromorphs have been discovered in many countries, but most of them are from China, including Cartorhynchus, Chaohusaurus, and several members of an ichthyosauromorph subgroup called the Hupehsuchia. They are generally small (about 1m long) and are from the eastern and central regions of China. In a new paper published in the journal PeerJ, researchers from China and Canada report a new large early ichthyosauromorph, named Baisesaurus robustus, from the southwest of China, extending the known geographic distribution of this group. 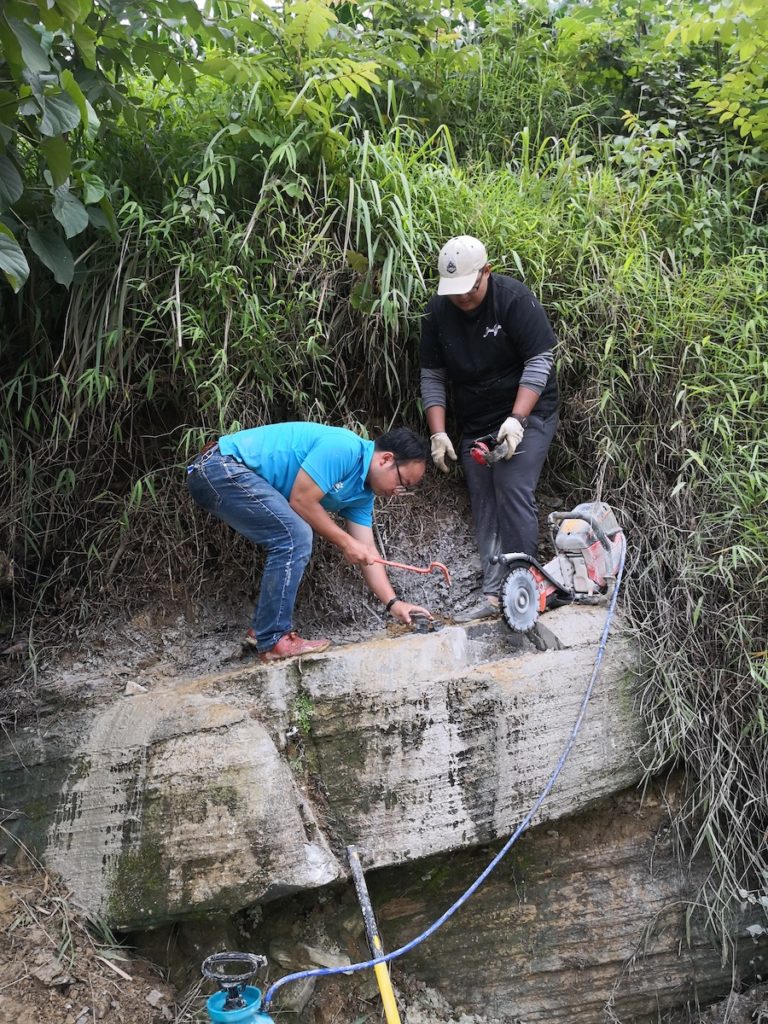 In 2017, Guizhou Geological Survey field crews found some vertebrate bones exposed in limestone in the Zhebao region of Guangxi Province, southwest China, and they invited researchers (Haishui Jiang and Fenglu Han) from China University of Geosciences (Wuhan) to join them in studying the specimen. Jiang and Han confirmed that the fossil was that of a marine reptile, possibly a relative of ichthyosaurs. The specimen was collected by the joint research team in 2018, and was prepared in the Wuhan Centre of the China Geological Survey.

The specimen comprises only the front part of the trunk skeleton, including some vertebrae and ribs, a limb bone, and abdominal bones called gastralia. This made classification difficult, but the researchers compared the fossil comprehensively with other marine reptiles from the Early Triassic and ultimately identified it as an ichthyosauromorph. “The dorsal ribs and gastralia are more similar to those of other early ichthyosauromorphs, such as Chaohusaurus, than to sauropterygians,” said Long Cheng, a coauthor on the study.

If you are a PeerJ Author and would like your article to be featured please contact Euan Lockie; euan@peerj.com. 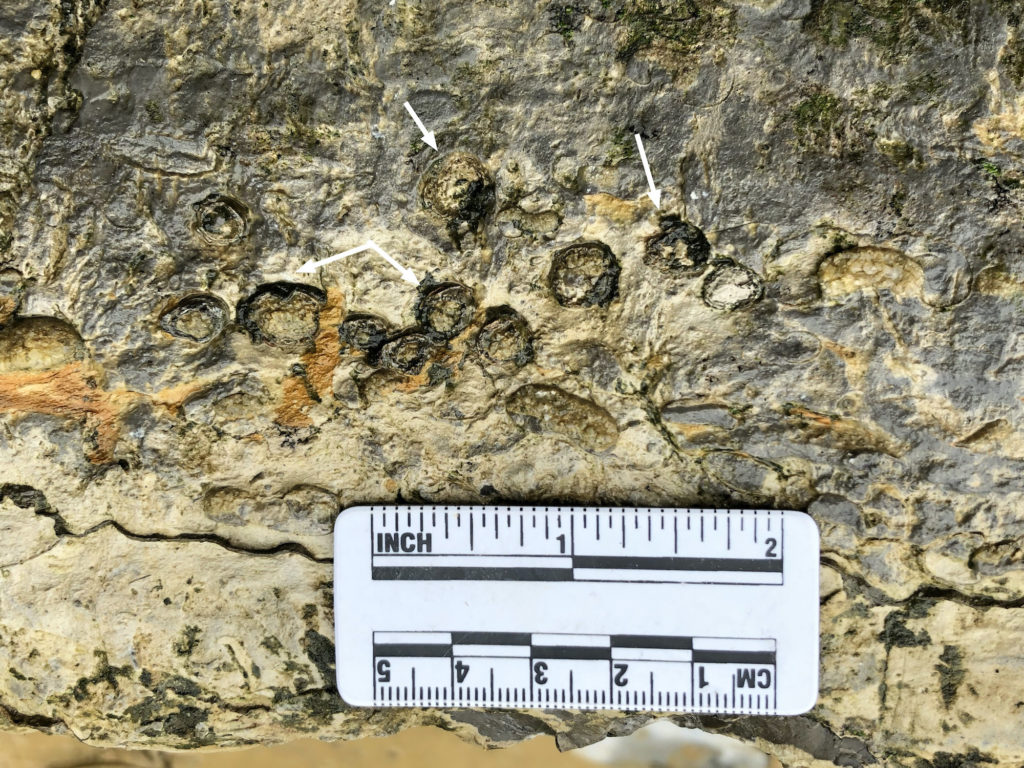