PeerJ are delighted to announce the publication of “Organic Chemistry for Health“, a cross-journal Special Issue published by PeerJ Organic Chemistry and PeerJ Life and Environment, led by Editorial Board Members Pedro Silva, Eder J. Lenardao and Christof Jäger. 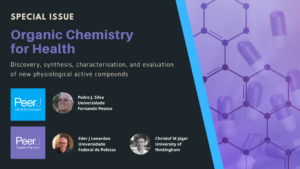 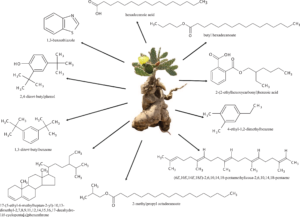 Opuntia megarrhiza is an endemic plant used in Mexican traditional medicine for the treatment of bones fractures in humans and domestic animals. This study from Cupido and colleagues aimed to identify and characterize the phytochemical compounds present in wild individuals of O. megarrhiza using Gas Chromatography Coupled to Mass Spectrometry – one of the most prevalent techniques for the detection and characterization of the structure of phytochemical compound. The authors used chloroform and methanol extracts from cladodes, which were analyzed by gas chromatography-electron impact-mass spectrometry. They obtained 53 phytochemical compounds, 19 of which have been previously identified as having some biological activity. Most of these compounds are alkanes, alkenes, aromatic hydrocarbons, fatty acids, and ketones. The researchers detected some fragmentation patterns that are described for the first time for this species. The variety of metabolites presents in O. megarrhiza justifies the medicinal use of this plant in traditional medicine and highlight it as a source of phytochemical compounds with potential in medicine and biotechnology.

Abubidentin A, New Oleanane-type Triterpene Ester from Abutilon bidentatum and its antioxidant, cholinesterase and antimicrobial activities

This article, from Al-Hamoud et al.,  describes a phytochemical and biological investigation of aerial parts of Abutilon bidentatum (Hochst.) of Saudi origin. Petroleum ether fraction of ethanolic extract A. bidentatum was fractionated on a silica gel column and further purified with different chromatographic procedures for the isolation of chemical compounds. The chemical structures of all the pure isolated compounds were elucidated by the interpretation of their spectral data using IR, UV, 1H, 13C NMR, and MS spectroscopy and chemical methods (alkaline hydrolysis), and comparison with data reported in the literature. 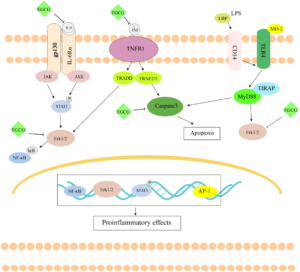 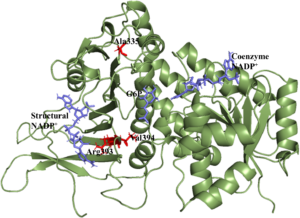 Several natural mutants of the human G6PD enzyme exist and have been reported. Because the enzymatic activities of many mutants are different from that of the wildtype, the genetic polymorphism of G6PD plays an important role in the synthesis of nucleic acids via ribulose-5-phosphate and formation of reduced NADP in response to oxidative stress. G6PD mutations leading to its deficiency result in the neonatal jaundice and acute hemolytic anemia in human. Rani et al. demonstrate molecular dynamics simulations of the wildtype G6PD and its three mutants to monitor the effect of mutations on dynamics and stability of the protein. They revealed that a decrease in the stability of mutants is key factor for loss of their activity. The results demonstrated that mutations in the G6PD sequence resulted in altered structural stability and hence functional changes in enzymes. Our study also provides an insight in identifying the key inhibitory site in G6PD and its mutants which can be exploited to use them as a target for developing new inhibitors in rational drug design. 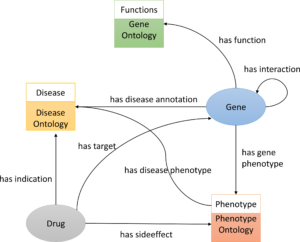 Biomedical knowledge is represented in structured databases and published in biomedical literature, and different computational approaches have been developed to exploit each type of information in predictive models. However, the information in structured databases and literature is often complementary. Alshahrani and collagues developed a machine learning method that combines information from literature and databases to predict drug targets and indications. To effectively utilize information in published literature, the authors integrate knowledge graphs and published literature using named entity recognition and normalization before applying a machine learning model that utilizes the combination of graph and literature. They then use supervised machine learning to show the effects of combining features from biomedical knowledge and published literature on the prediction of drug targets and drug indications. It is then demonstrated that this approach – using datasets for drug-target interactions and drug indications – is scalable to large graphs and can be used to improve the ranking of targets and indications by exploiting features from either structure or unstructured information alone. 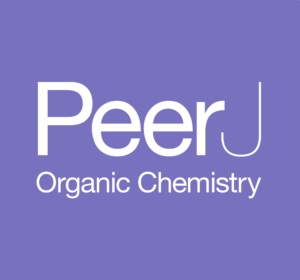 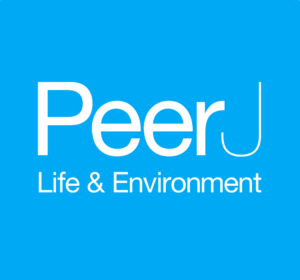