Advice to My Younger Self – 5 Tips for Early Career Researchers | Prof. Dorothy Bishop 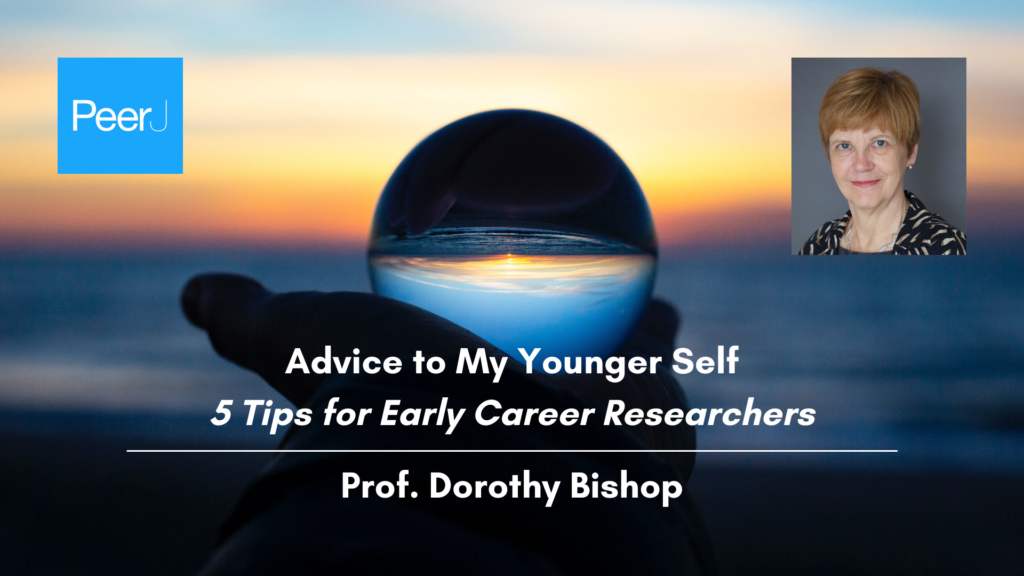 Dorothy Bishop is based at the Department of Experimental Psychology at the University of Oxford, where she heads an ERC-funded program of research into cerebral lateralisation for language.  She is a Fellow of the Royal Society, Fellow of the British Academy and Fellow of the Academy of Medical Sciences, and an Honorary Fellow at St John’s College, Oxford. She has honorary degrees from the University of Lund, the University of Western Australia, the University of Newcastle upon Tyne, École Normale Supérieure (Paris),  and the University of Liège. Her main research interests are in the nature and causes of developmental language difficulties, with a particular focus on psycholinguistics, neurobiology and genetics. In addition, she has been an advocate for higher standards of methods and transparency in research, and is a founder member of Reproducible Research Oxford. Her book “Uncommon Understanding” won the British Psychological Society’s annual award in 1999, and she has published widely on children’s language disorders. She is a PeerJ Advisory Board Member and has published nine articles in PeerJ. 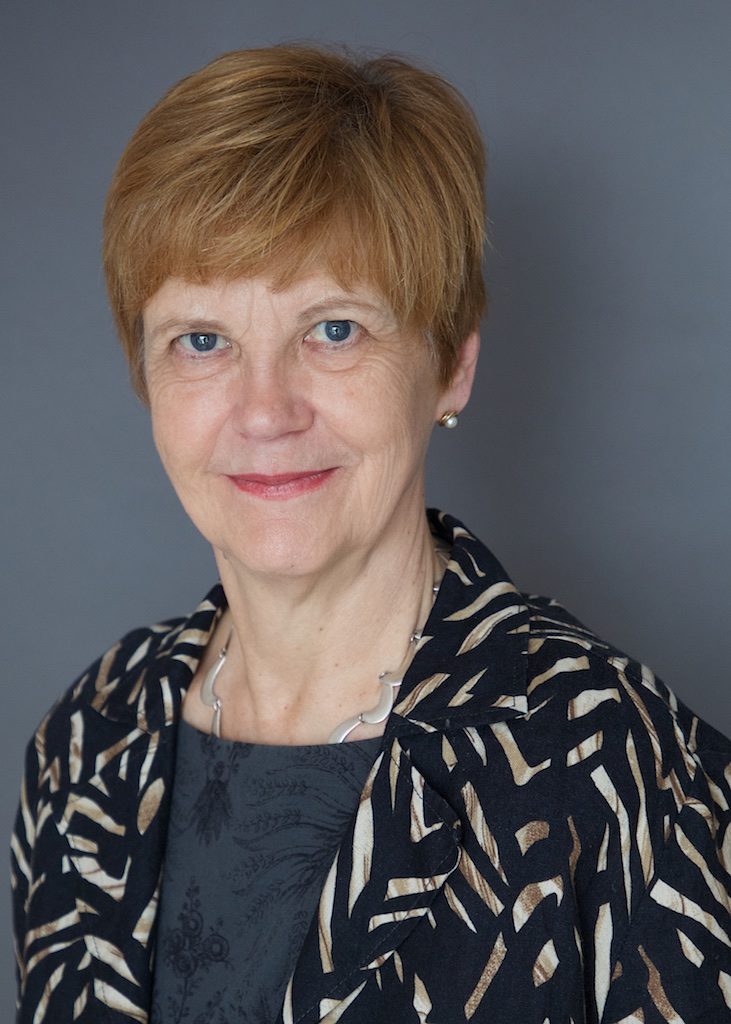 I have become increasingly interested in insidious problems that affect contemporary science, which make it difficult to know which findings are credible. A pivotal moment for me was a symposium organised by the Academy of Medical Sciences that I chaired in 2015 on Reproducibility and Reliability of Biomedical Research. That symposium made me aware of how early career researchers are particularly vulnerable to the fall-out from weak scientific practices, but at the same time they are also our hope for the future. My advice is largely focused on how to forge a career in the current system with your credibility and sanity intact.

I’m a big fan of the book Obliquity by the economist John Kay, which looks at what leads to success in a wide range of spheres: business, science, politics and life in general. He distinguishes between actions, goals and objectives, using the story of a visitor who encounters three stonemasons working on a cathedral. When asked what they are doing, the first person says “I am cutting this stone to shape”; the second says “I am building a great cathedral”; the third says “I am working for the glory of God”.

In an academic context, we might translate this into three postdocs, who describe their activities as “writing up my experiment”, “getting a good enough publication record to be competitive in a job” or “finding out what causes Parkinson’s disease”.  Now if you want to make progress in life, setting out a course as a series of actions is very sensible; indeed, it’s a well-recognised strategy in behaviour therapy to break a large, and seemingly unattainable objective into a series of smaller goals.  Problems occur when you lose sight of the objective.  Unfortunately, some people work with a PI who may tell them that they need to drop inconvenient data-points in order to make a publishable paper, that they should not waste time making their data open, or that the only way to a successful career is to publish in a high-impact journal. Such advice can get in the way of the higher-level objective of actually doing credible research that will advance scientific understanding. So if you are given such advice, my advice is to resist.

2. Look after your mental health (A)

This point follows on from point 1. It can be hard to stand up for doing things properly if it is not part of the culture of the research group you work in; you can be made to feel naïve if you want to work openly and transparently. The problem is, if you decide to go with the flow for an easy life, you will lose self-respect. Those who are pressured to take short-cuts or engage in questionable research practices may end up making a kind of Faustian pact, telling themselves that they’ll do things properly once they have a tenured position. Sadly, that almost never happens. It’s worth reading the autobiography of Diederich Stapel, who describes his slide into scientific fraud, and the accompanying self-loathing it generated. (https://en.wikipedia.org/wiki/Diederik_Stapel)

3. Look after your mental health (B)

Accept that you will never catch up with the work backlog.  The work always expands to fill whatever time is available. If you are unlucky, your employer might assume you are willing to work all the time, and have no life outside the job.  To deal with this state of affairs, I have two recommendations. First, as an academic citizen, aim to be “good enough” rather than perfect. You don’t want to be one of those freeloaders who will never take on any of the service roles – committees, reviewing, mentoring, etc. But, if you want to have a career in research, it’s important to limit how much of those things you do. So be ready to say no.  Second, think of those things you like doing, but which tend to get squeezed: schedule time in your diary for them, and treat it as non-negotiable.

I couldn’t have given this advice to my younger self, as social media didn’t exist. Social media now has a reputation as a toxic place where people behave appallingly to one another. But the Twitter experience is what you make it. There are Twitter users in most academic areas, and if you can find your community you can benefit from advice, information, and encouragement from people you might never usually meet.

This is for those who don’t want high-level advice, but just a nice simple trick: when checking a manuscript, use text-to-speech to read it back. It’s a great way of picking up things that sound odd, repetitive or pedantic, as well as trapping typos. And it works a treat for checking proofs too.

This post is part of the PeerJ series “Advice to My Younger Self – 5 Tips for Early Career Researchers“. If you’d be interested in contributing to the series, please contact PeerJ’s Social Media Community Manager Euan Lockie.

Tags: Advice to My Younger Self