The 5th World Conference on Marine Biodiversity: on schedule and online

In this guest post, PeerJ Life & Environment Editor Mark Costello wraps up the recent World Conference on Marine Biodiversity – including moving the conference online for the first time! WCMB presenters and attendees can still submit their research on topics discussed at the conference to be part of the upcoming PeerJ/WCMB Collection (see our previous announcement for details).

Early Career presentation awards were sponsored by PeerJ Life and Environment and, for the first time, the WCMB organised a marine biodiversity photograph competition, the winners of which can be seen below. 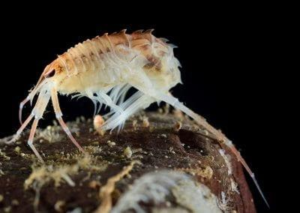 After much debate by the Scientific Committee in early 2019 with regard to the effects of the covid-19 pandemic, it was decided to proceed with the 5th World Conference on Marine Biodiversity (WCMB), hosted by the University of Auckland in New Zealand, as a hybrid or online-only event. The reason to proceed was because it was felt that the science needed to adapt and continue. Furthermore, to postpone it may just postpone having to make the same decision later. This seems to have been the right decision because it does not look like travel will be back to normal in 2021 either. 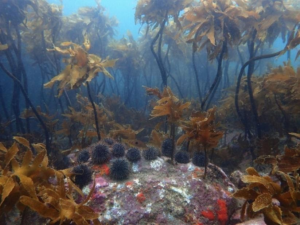 Although travel within New Zealand relaxed during 2020, there were budget restrictions at New Zealand universities preventing non-essential travel. This would prevent many local researchers attending in person. Also, because the timetable would need to accommodate different time zones around the world as much as possible and thus start early and end late in New Zealand, local researchers preferred to watch it online from the comfort of home than have to get up very early for an in-person event. We also realised that running a “hybrid event” with parallel in-person and online attendees nearly doubled the organisation involved and associated costs and complexity. Thus, the idea of a hybrid event was abandoned and the 5th WCMB was online only. 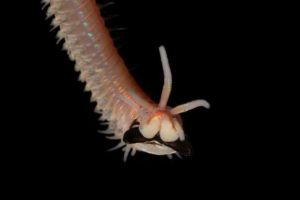 Organising a conference did not get any easier with going online. In addition to the 24-person Scientific and 9-person Early Career committees, juries were also formed for the photograph competition and early-career presentations awards. 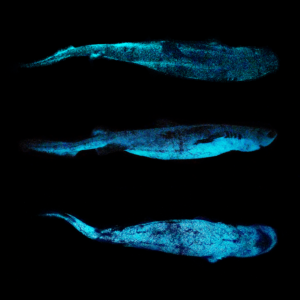 The WCMB began with a traditional Maori welcome and messages from the Minister of Environment of New Zealand and a sponsor. There were 395 delegates from 45 countries. Presentations comprised 8 plenary keynotes, 108 long (12 minute) talks, 35 short (5 min) talks, 129 posters and 38 sessions across 3 days, with a cost of NZ$60,000 to host. It involved my handling some 6,000 emails and much more by the superb university Event Services staff who handled registrations, the website and conference hosting platform. 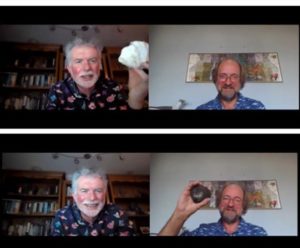 At every WCMB, the over 50-year old world academic organisation for marine biology – the International Association for Biological Oceanography (www.IABO.org) – has held its General Meetings and organised sponsorship for scientists to attend from Developing Countries through the Scientific Committee on Ocean Research (SCOR). At this 5th WCMB, 24 scientists from 14 Developing Countries had their registration fees paid by SCOR on behalf of IABO: Algeria, Argentina, Mexico, Bangladesh, Brazil, Cameroon, China, Colombia, Ecuador, India, Kenya, Malaysia, Morocco, South Africa.

In 2018, IABO established the leading award for a marine biodiversity scientist, named after the co-organiser of the 1st WCMB, Carlo Heip. The winners of the 2019 and 2020 Carlo Heip Awards, Graham Edgar and Steve Hawkins, made plenary presentations at the WCMB and were virtually presented with their (posted) awards – a bronze sculpture of a clam shell –  after their keynote talks. There is now a call for nominations for 2021 and 2022 on the IABO website.

The 5th WCMB was sponsored by NIWA (National Institute of Water and Atmospheric Research, New Zealand), Lifewatch ERIC, ECO Magazine, and PyroScience Technology. The 6th WCMB will be hosted by the Centre for Marine & Coastal Studies (CEMACS) of Universiti Sains Malaysia in Penang, Malaysia, and the 7th WCMB by Flanders Marine Institute (VLIZ) in Ghent, Belgium (see the IABO website for details).

We thank the many people who helped the conference organisation.