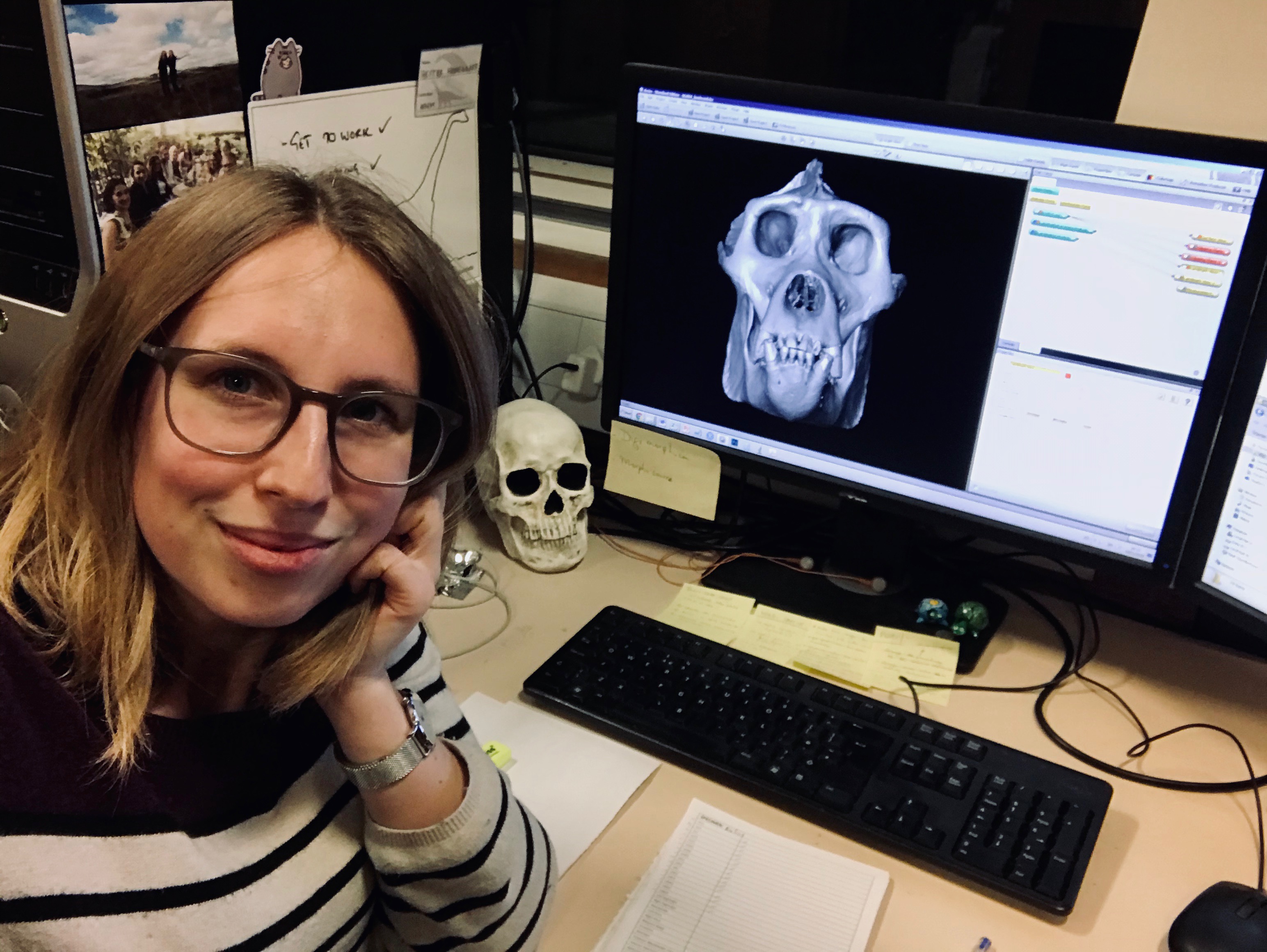 The PeerJ Awards program aims to support students and early career researchers by recognising their work, as well as bringing continued awareness to the benefits that open access has in keeping science open and available to all. The winners receive a complimentary PeerJ paper (upon submission and acceptance through our peer review system) and an interview about their research.

I am a final year PhD student in palaeoanthropology at the Natural History Museum in London, supervised by Fred Spoor, funded by the London NERC DTP, and affiliated with UCL Anthropology. Although I started my academic career in biology, I soon realised that human evolution was my real passion. 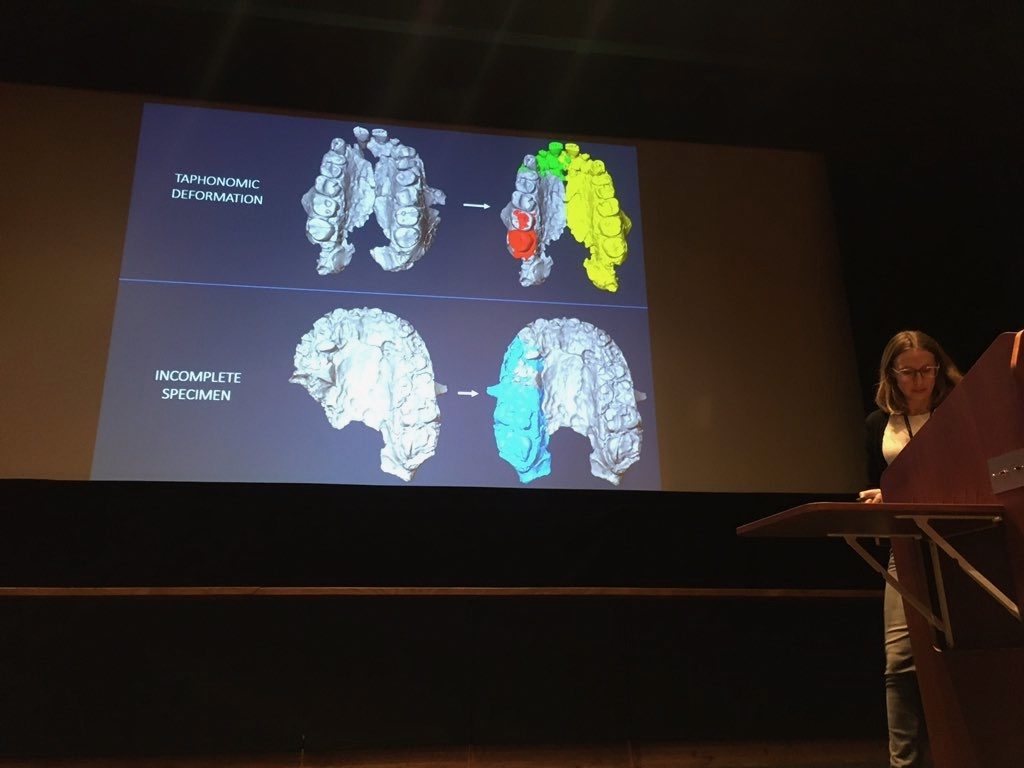 Can you briefly explain your field of research?

My research focuses on the facial morphology of one of our earliest human ancestors, Australopithecus afarensis, best known from the partial skeleton nicknamed Lucy. Using geometric morphometric techniques, I want to figure out how much variation is ‘normal’ in an early hominin, trying to answer the question how different two fossil specimens should be for them to belong to different species. In day-to-day life, this means I spend a lot of time sitting behind a computer, looking at three-dimensional virtual representations of skulls.

Can you briefly explain the research you presented at the Natural History Museum Student Conference?

I presented the first stage of my PhD project, which is quantifying the amount of intraspecific variation in the maxillary morphology of A. afarensis, and comparing this with extant species. The preliminary results show that chimpanzees and bonobos have the lowest amount of shape variation. The larger morphological variation in gorillas can be linked with sexual dimorphism, while the larger intraspecific variation in modern humans can be explained by their large geographical distribution across the world. The A. afarensis specimens that were included in this analysis come from one location, and so it is unlikely that geographical distribution was a factor contributing to the larger shape variation in this species, but it is potentially linked with sexual dimorphism and their large temporal span. A. afarensis was namely around for about one million year, so this could have led to more variation in the shape of the maxillae. 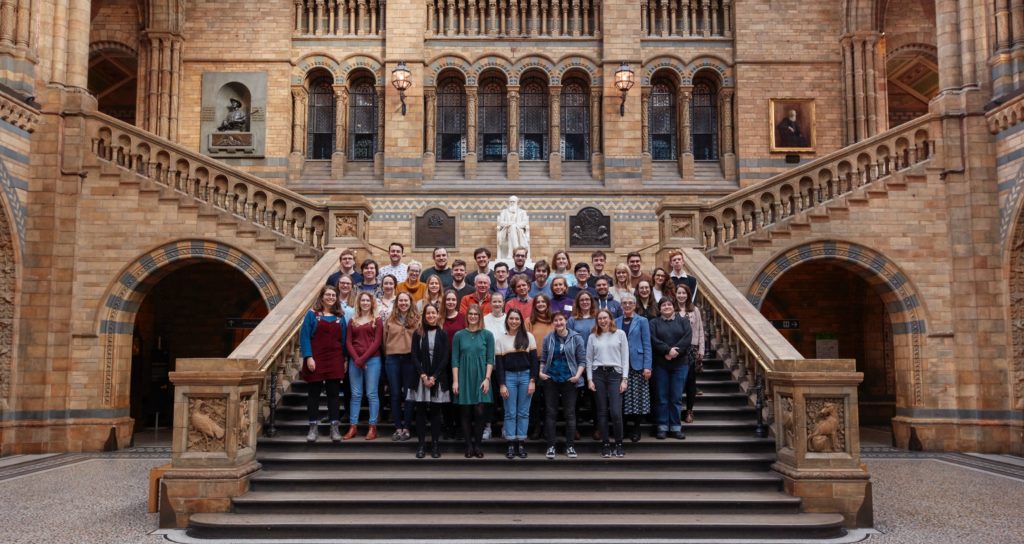 The next step for this research is to examine specimens from the same time period as A. afarensis, roughly between 3 and 4 million years ago, but that have been attributed to different species, such as Kenyanthropus platyops, Australopithecus anamensis, Australopithecus deyiremeda, and Australopithecus bahrelghazali. Using the comparative context of the newly obtained information on intraspecific variation, I want to examine if these specimens indeed fall outside the range of variation shown by A. afarensis which would support their validity as separate species.

See interviews and the listing of 2019 PeerJ Award winners on the PeerJ blog here!

If you are organizing a conference or workshop (either physical or virtual!) and would like to offer a PeerJ Award at your event, do get in touch – communities@peerj.com