Author Interview: If you build it, they will come: rapid colonization by dragonflies in a new effluent-dependent river reach 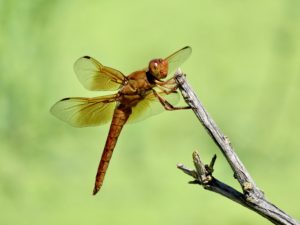 PeerJ talked to Michael T. Bogan, Assistant professor at University of Arizona about the recently published article ‘If you build it, they will come: rapid colonization by dragonflies in a new effluent-dependent river reach.’

I’m an aquatic ecologist and an assistant professor in the School of Natural Resources and the Environment at the University of Arizona. I have been studying the effect of disturbances (e.g. drought, floods, mining spills) on aquatic biodiversity in western North America.

In this study, we had the unique opportunity to study a river from the very first day that it started flowing! The Santa Cruz River in southern Arizona used to flow year-round, but urban growth dried up the river nearly a century ago. In recent decades, the city of Tucson has been discharging treated wastewater (effluent) into the river in two reaches north of the city. Beginning in 2019, the city started releasing water in new, isolated reach of the river, thus reviving the reach after many dry decades. We studied how dragonfly and damselfly (odonate) species colonized this new reach of the river, and how the biodiversity there compared to parts of the river that had already been flowing from effluent for decades. In this paper, we track the first yea 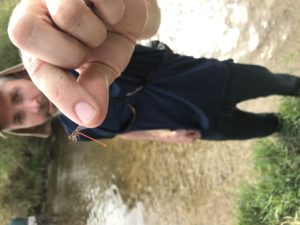 r of odonate community development in the newly rewatered reach, and provide water management recommendations based on our findings.

The funny thing is, this study was not planned or developed in advance. As a local community member, I visited the newly flowing reach of the river on the first day that effluent was being released (June 24, 2019) to check it out. I was astonished at how many odonates I saw arriving to the brand new flow within a few hours and immediately knew that I had to start studying this! So, without planning or funding, we quickly designed this study and started collecting data so we didn’t miss this unique opportunity.

For decades, effluent produced by wastewater treatment plants was relatively of low quality, and adding it to rivers caused a lot of biological impairment, such as the extirpation of sensitive species and proliferation of tolerant or non-native species. As a result, effluent has a ‘bad reputation’ ecologically speaking. But recent technological advances have greatly improved the quality of effluent, and tertiary treatment now produces near-drinking-water quality water. So, I hope that readers will start to see the potential for effluent to be used as an ecological restoration tool–especially in semi-arid and arid regions where so many natural streams have run dry.

I first heard about PeerJ a few years ago, and was impressed with its business model and transparent approach to reviewing and publication. Then, about 5 months ago, I was asked to review a manuscript for PeerJ for the first time. I was so pleased with the review experience, that I decided I would try to publish this article in PeerJ. Because my university has a membership with PeerJ, there were no additional costs to publish, which was great. Finally, it was very important to me for this article to be open access – I wanted anyone in our local community, anyone interested in water management in Tucson or the western USA, to be able to easily access and read the article. 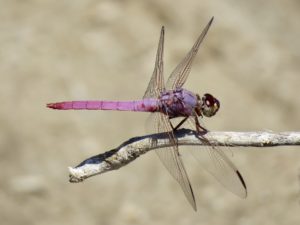 The submission and review process was straightforward and easy! And the process also moved very quickly, which is especially impressive given the ongoing pandemic. I think the only thing that was difficult was getting the figures into a format and resolution that the journal needed.

Absolutely! I will especially encourage my colleagues here at the University of Arizona because we have a membership with PeerJ.