A new genus and species of long-neck plesiosaur from the Arctic: Author interview with Aubrey Roberts

Last week we published A new plesiosaurian from the Jurassic–Cretaceous transitional interval of the Slottsmøya Member (Volgian), with insights into the cranial anatomy of cryptoclidids using computed tomography

The research describes the exciting discovery of a new genus and species of long-neck plesiosaur from the Arctic, Ophthalmothule cryostea. Here we talk to author Aubrey Roberts about the specimen and why it was dubbed ‘Britney’. 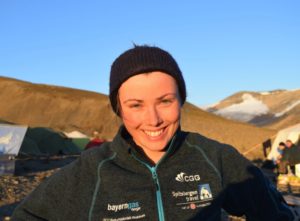 I am a Post-Doctoral Researcher at the University of Oslo, Natural History Museum (Norway). My research is on fossil marine reptiles that lived in the seas when dinosaurs roamed on land, during the Mesozoic Era.

For my PhD, I worked on a group of long-necked, four-flippered reptiles called plesiosaurs. One of these plesiosaurs I worked on is described in this article. However, right now I am working on describing ecosystems from the Early Triassic to find out more about how the Earth recovered after mass-extinctions. My plesiosaur research and my new project, has taken me on six expeditions to the Arctic to collect fossils.

This research describes a new genus and species of plesiosaur from the latest Jurassic – earliest Cretaceous. The species is called Ophthalmothule cryostea meaning North eye and frozen bones. The reasoning behind the name is the fact that the specimen is from the permafrost of the Arctic archipelago of Svalbard, and had pretty big eyes.

The special thing about this specimen is that it has an almost complete skull, a rare thing for that type of plesiosaur. Because of this, we used computed tomography to help describe the fragile skull, resulting in some pretty cool 3D images. This also led us to see parts of the internal structures of the skull, not visible on the outside. The specimen was a large plesiosaur but had a tiny head, 5-5.5m long, with a skull barely over 20 cm long, imagine that. Ophthalmothule cryostea is one of five species of long-necked plesiosaur described from the latest Jurassic – earliest Cretaceous Slottsmøya Member from Svalbard. 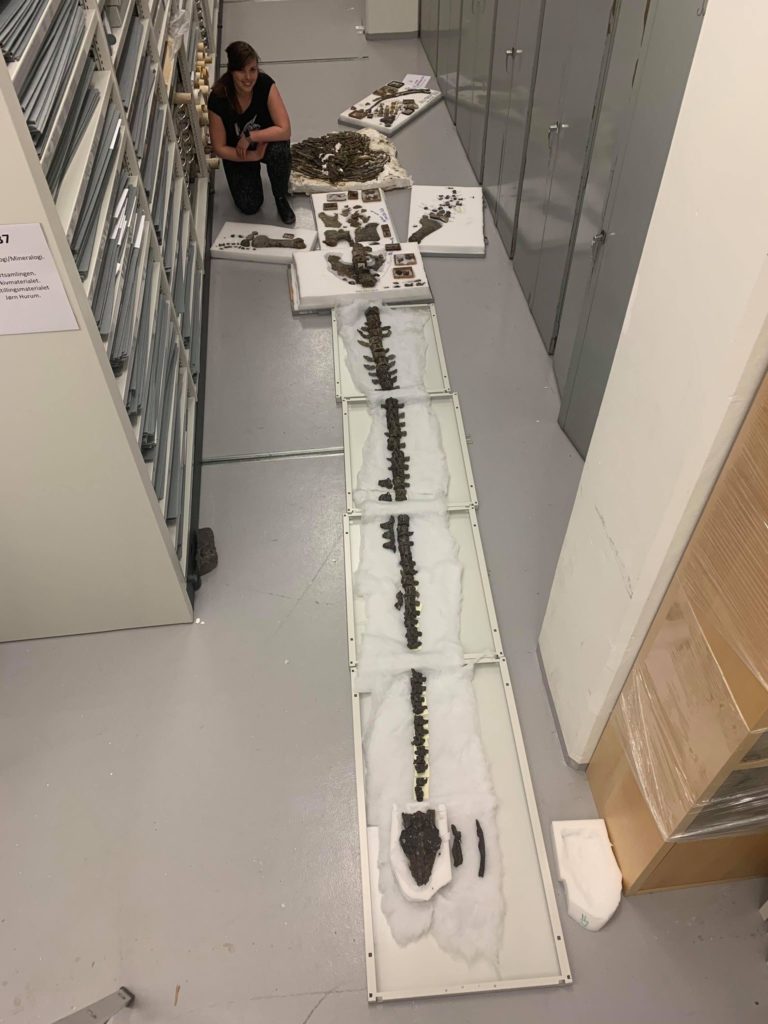 As far as anecdotes go, I would read the story of the excavation of this specimen (from 2012) on our blog at National Geographic. It was pretty muddy and we had terrible weather most of the expedition. I would recommend this one for atmosphere. We had to sing pop songs to keep motivated, and so the specimen was dubbed “Britney” as a result. 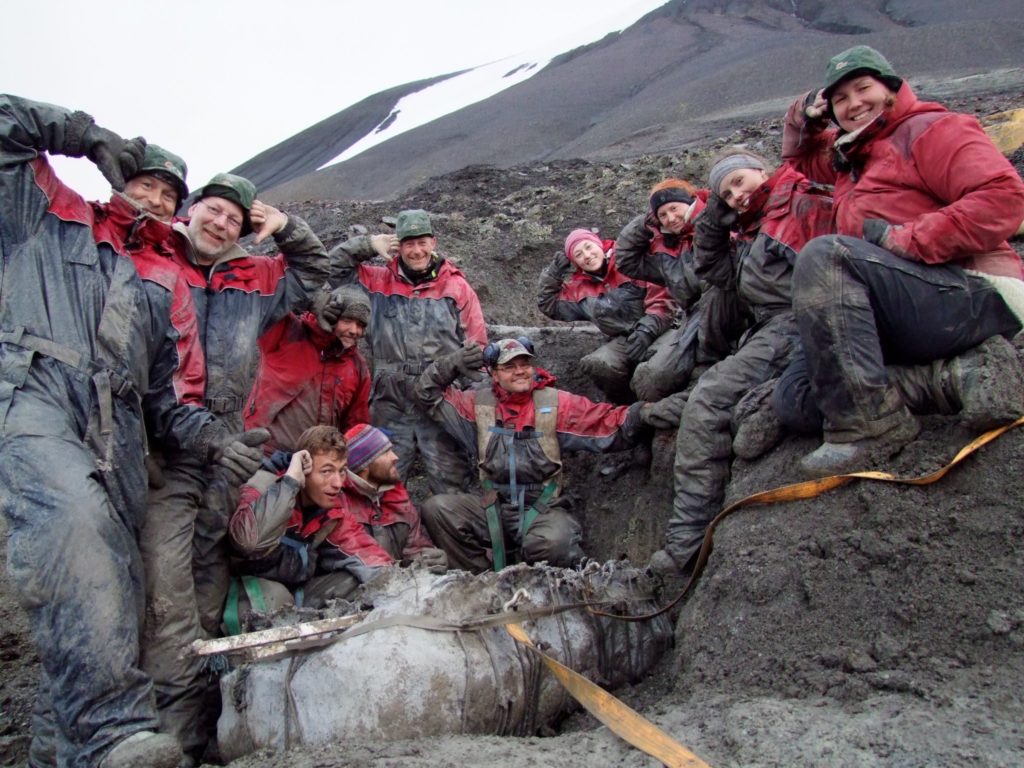 After twelve hours of digging, a group portrait was necessary to commemorate the achievement. Photo by Erik Tunstad

What kind of lessons do you hope your readers take away from the research? 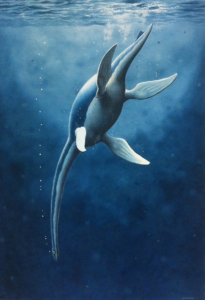 The major take-home messages from this research are:

I have followed PeerJ’s progress ever since it was launched and wanted to submit one of my PhD papers. I am an open access advocate and I like the layout and wide scope of the journal.

I would recommend PeerJ to colleagues that want open access, have a longer article and/or want a nice layout for their paper. I would submit again.

Thanks for sharing your thoughts, Aubrey! Read her full paper here.