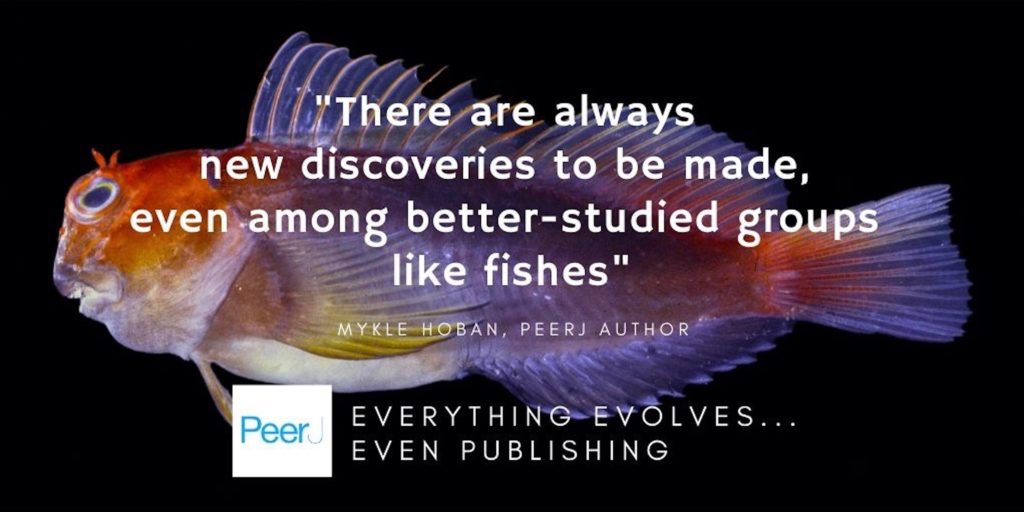 We published a new biodiversity paper last week alerting the world to a brand new species of fish: ‘Cirripectes matatakaro, a new species of combtooth blenny from the Central Pacific, illuminates the origins of the Hawaiian fish fauna’ by Mykle Hoban and Jeffrey Williams.

The new species is currently known only from the Marquesas, Gambier, Pitcairns, Tuamotus, and Australs in the South Pacific, the Northern Line Islands and possibly Johnston Atoll, south of Hawaii. Here we talk to author Mykle Hoban about the route to this exciting new discovery. 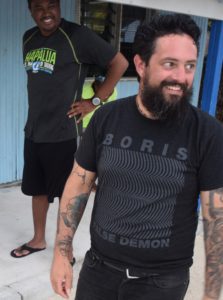 I’m a PhD candidate at the Hawaii Institute of Marine Biology (HIMB) on Oahu. I finished my undergrad in marine biology at University of California Santa Cruz in 2012. Before that, I spent several years working as a marine and communications technician at McMurdo Station, Antarctica and aboard the Research Vessel Icebreaker Nathanial B. Palmer in Antarctica and the Southern Ocean. Somehow, after years working in the Antarctic, I ended up in the tropics.

In terms of research, I’m primarily interested in patterns of reef fish biodiversity, biogeography, and evolution in the Indo-Pacific, and I use museum collections, genetics, genomics, and eDNA as tools. I also have an interest in technical rebreather diving and mesophotic reefs (reefs roughly between 30-150m depth). I have an ongoing eDNA study of Big Island mesophotic habitat down to ~105m depth.

We wanted to trace the Pacific origins of an endemic Hawaiian fish (Cirripectes vanderbilti). In the process of collecting what we thought was its closest relative (C. variolosus), we discovered that its actual closest relative was in fact a new species, which we named Cirripectes matatakaro, that has a limited distribution in the Central/Southern Central Pacific. Because of its limited distribution, and because it is so closely related to the Hawaiian endemic, we reasoned that the most likely original route into Hawaii was from the south, via the Line Islands and possibly Johnston Atoll (though we were unable to determine Johnston’s role definitively).

We used a combination of approaches, including field collections, museum specimens, genetics, and classical morphological taxonomy. Any one of those methods in isolation would have failed to get us all the way, but as a combined approach they allowed us to tie together what I think is very neat little story. 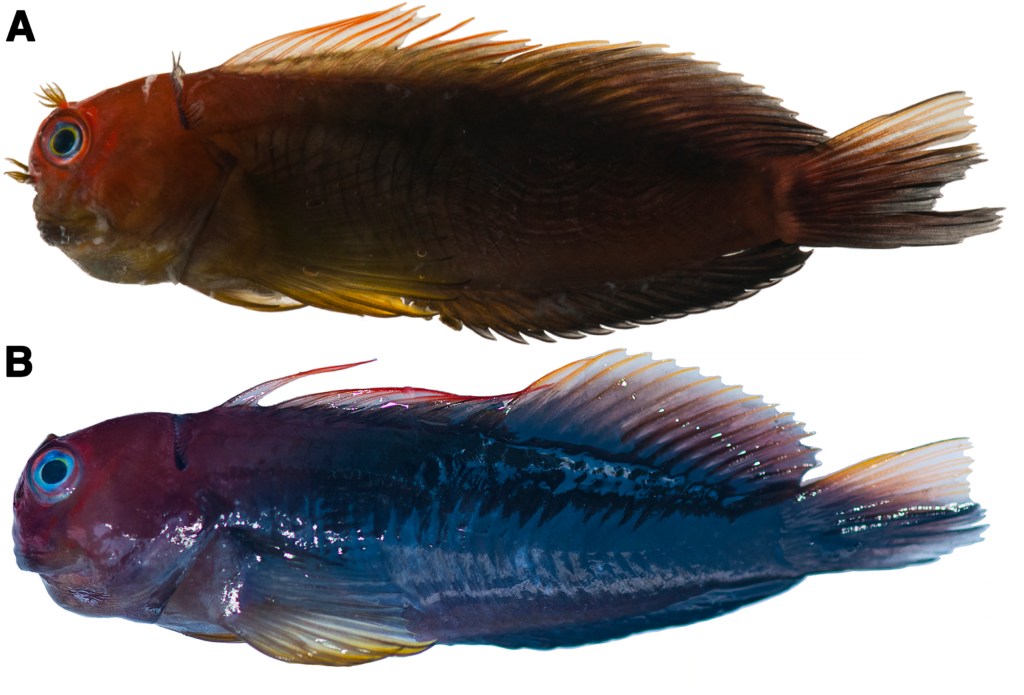 I gave a presentation on an early version of this project at the 2017 Indo-Pacific Fish Conference in Pape‘ete, Tahiti. At that time, I knew that I likely had a new species on my hands, but I wasn’t sure which group of specimens it comprised. One of the audience members came up to me afterwards and said I ought to get in touch with Jeff Williams at the Smithsonian. That suggestion lead to a fruitful collaboration and ultimately this paper. However, the project almost completely tanked in early 2019.

Knowing there was a new species, I applied for and received funding to travel to NMNH in Washington, DC to examine museum specimens and work with Jeff on the formal description. I planned to be in DC from early January through mid-March 2019. However, the government shutdown started December 22 and the Smithsonian closed along with practically everything else in DC. I still went, assuming that it would surely reopen by the time I arrived. I was very wrong, and I ended up sitting on the East Coast twiddling my thumbs (there’s not much to do in DC when the government is closed). I was on the verge of flying home to Hawaii when I got the news that congress had reached a deal and the museum would reopen on the 28th of January. I ultimately had a very productive visit and was able to get everything done that I needed to do but those two and a half weeks of shutdown were dark times.

Don’t overlook cryptobenthic fishes! They may have very interesting biogeographical and evolutionary patterns but in general, they’re understudied. Tropical reef fishes often have complex life histories and multiple factors contribute to their evolution and distribution. The genus Cirripectes has both very widespread species and very narrowly distributed species, but sometimes those widespread species turn out to be multiple cryptic species.

Ultimately, there is a lot still to learn about reef fish biodiversity and natural history collections hold a potential treasure trove of information waiting to be found, particularly in a time when research funding can be difficult to get and options for remote fieldwork are limited. When I visited the great ichthyologist Jack Randall and told him about this new species, his reply was “how did I miss it?!” There are always new discoveries to be made, even among better-studied groups like fishes. 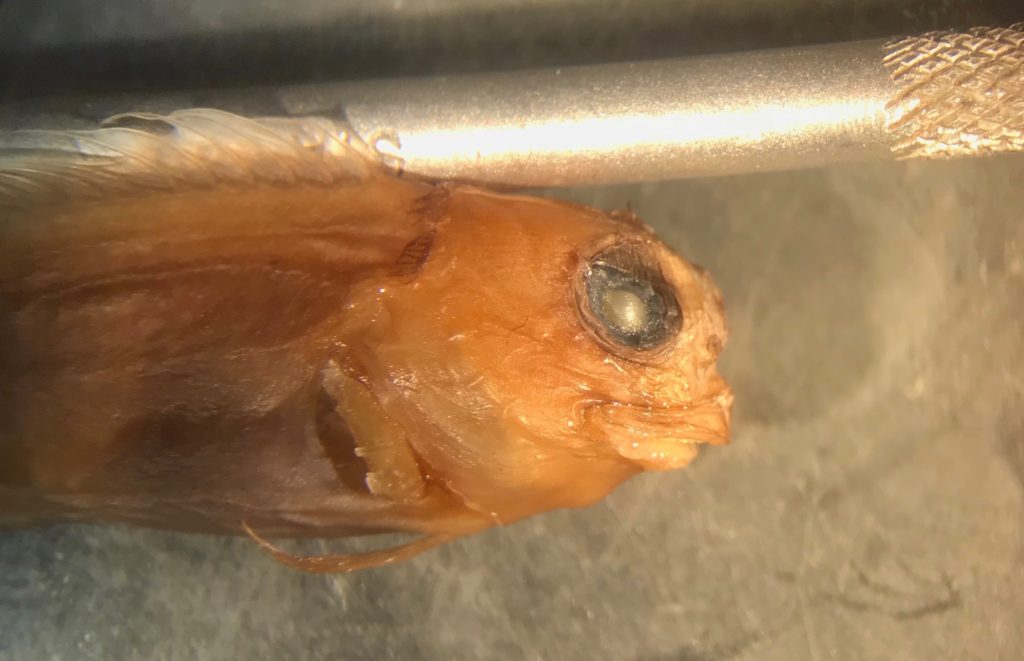 One of the PIs in our lab (Dr. Rob Toonen) is an academic editor at PeerJ and has been something of a champion of the journal. I was attracted by the rapid turnaround time and the price for open access was also enticing. I recently reviewed a manuscript and the discount code made it even more appealing.

Read the full article: Cirripectes matatakaro, a new species of combtooth blenny from the Central Pacific, illuminates the origins of the Hawaiian fish fauna

Thank you, Mykle for sharing more about the research process in action!