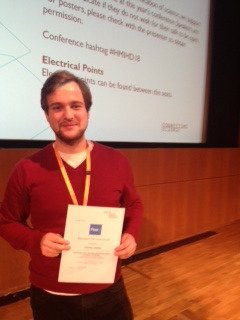 Well deserved congratulations go to Timothy Jenkins, winner of the PeerJ Award for Best Short Talk at Exploring Human Host-Microbiome Interactions in Health and Disease. This Wellcome Genome Campus human microbiome conference was held in December 2018 near Cambridge, England. The PeerJ Award, aimed at benefitting students and early career researchers, includes a free publication in PeerJ (upon submission and acceptance through our normal peer review system). Learn more about Timothy’s work and award-winning talk in our interview below:

I am in the third year of my PhD at Cambridge University, which falls within the field of Parasitology and, particularly, the interactions between soil-transmitted gastrointestinal (GI) parasites, their human hosts, and the gut microbiota. My research focuses on unraveling the impact that these parasites have on the commensal flora of the GI tract and on how these communications affect the host. My research output so far presents promising support for the hypothesis of the host microbiota playing a major role in the context of helminth therapy (targeted therapeutic use of worms against autoimmune diseases) and the development of novel anthelmintics.

Outside my PhD, I am also pursuing my lifelong interest in snake venoms & antivenoms through independent collaborations with an antivenom research production facility (Instituto Clodomiro Picado), the Tropical Pharmacology group in Copenhagen, and LSTM (Liverpool School of Tropical Medicine). I aspire to acquire a broad, but in-depth interdisciplinary skill-set to assist my drive towards conducting translational and medically relevant research, with a potential for commercialisation and broader application. Consequently, I have also assumed roles within the Cambridge Innovation Forum and the Milner Therapeutics Institute.

Throughout my PhD I have been interested in mapping out the effects that helminth infections have on the human microbiome. I have therefore conducted several studies investigating diverse settings, ranging from multi-species natural infections in Sri Lanka, to people experimentally infected with a specific number of Necator americanus larvae in an attempt to treat multiple sclerosis.

The study I presented at this particular conference falls in-between those two extremes. The aim was to investigate the impact of long-term, low burden, single-species infections on human microbiota in an area non-endemic for these parasites to prevent co-infections and re-infections as potential confounders. Strongyloides stercoralis constituted the ideal parasite for the aim of investigating longterm infections, due to its ability to auto-infect and reside in the host for many years, often without any pathology/symptoms occurring. However, to find an area where people are infected, but not residing in an area endemic for these and similar parasites proved challenging and eventually led us to northern Italy. Here our collaborators at the Sacro Cuore hospital in Verona had collected faecal samples from elderly people in the region, some of which had been infected for decades with S. stercoralis from their earlier days working the fields and when these parasites were still found in this region.

We conducted NGS (16S rRNA sequencing) and NMR (nuclear magnetic resonance) on these samples, as well as samples from a control cohort (i.e. people from the same region, socioeconomic background, and age group). We found that the infected cohort indeed had a significantly different microbiome composition, in particular an increased alpha diversity – typically indicative of a healthier microbiome. Notably, it also appeared that while the faecal microbiota of the infected subjects had a higher abundance of bacterial taxa typically associated with a healthy microbiome, the control subjects’ microbiome was enriched with a number of known opportunistic and potentially pathogenic bacteria. We also found marked differences in the two groups’ metabolome.

Together these results suggest that the infected cohort actually has a healthier gut microbial environment, than the control group, and that these long-term, low-level infections could actively maintain gut microbiome homeostasis. It is too early to say, but these findings lend some weight to the hypothesis of parasitic helminths potentially not only having detrimental impacts, but also beneficial effects on humans, as has been suggested in the context of the “old friends hypothesis” and helminth therapy, and suggest that we might need to reconsider our view of these helminths being purely parasitic. The publication for this research can be found here.

This study is just a piece of the puzzle of understanding the impact that different parasitic helminths have on the human microbiome. We need to understand what changes are host/parasitic specific and which ones are found across different systems, in order to start thinking about translational applications, e.g. novel anthelmintics and helminth therapy. Moreover, we are starting to realise that an understanding of the parasite’s own microbiome could present invaluable knowledge towards understanding the overall biology of these interactions, as well as potentially exploiting them therapeutically. 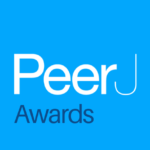