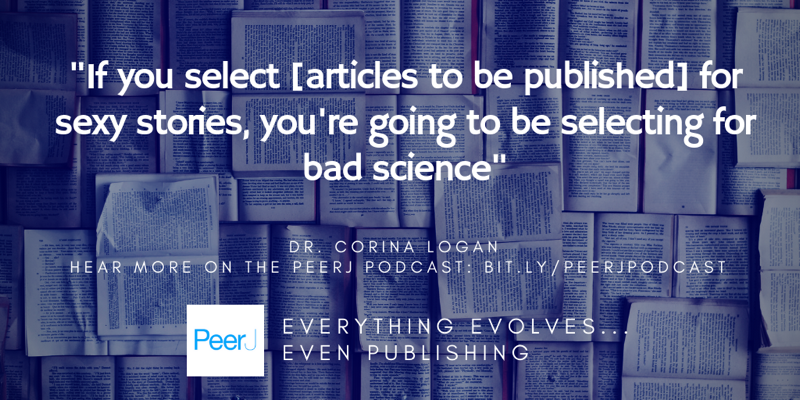 PeerJ co-founder Jason Hoyt speaks with Dr. Corina Logan in this ongoing series on “Bad Science.” Dr. Logan is a Senior Researcher in Evolutionary Anthropology at the Max Planck Institute where her lab studies how species adapt to new environments.