The SVPCA/SPPC 2017 Collection is now live – the latest in vertebrate palaeontology. 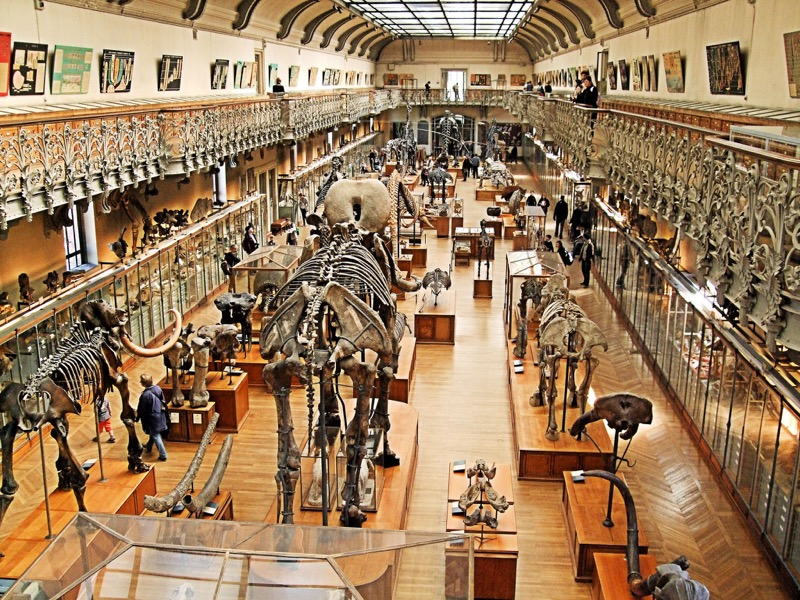 The Gallery of Paleontology – Paris by Jim Linwood (CC BY)

The Symposium on Vertebrate Palaeontology and Comparative Anatomy (SVPCA) is the main meeting for the UK’s vertebrate palaeontology community. This meeting has been held annually in the UK, Ireland or France since 1953 and is held in conjunction with the Symposium on Palaeontological Preparation (SPPC), a forum for discussion of fossil preparation, conservation, and related topics and co-organised with the Geological Curator’s Group.

PeerJ is proud to sponsor this event and host the “SVPCA/SPPC 2017 Collection” which contains abstracts, posters, talk slides, and full-length manuscripts describing work presented at the 65th Symposium on Vertebrate Palaeontology and Comparative Anatomy (SVPCA) and the 26th Symposium on Palaeontological Preparation and Conservation (SPPC), hosted at the University of Birmingham, Birmingham, UK, September 12th-15th 2017.

We interviewed conference organizer Professor Richard Butler ahead of this year’s meeting. The SVPCA/SPPC 2017 PeerJ Collection is now live and can be viewed here.

Can you tell us a bit about SVPCA/SPPC?

RB: SVPCA stands for Symposium on Vertebrate Palaeontology & Comparative Anatomy. It’s the main meeting for the UK’s vertebrate palaeontology community, and also attracts a sizeable proportion of palaeontologists from overseas. The meeting has been held annually in the UK, Ireland or France since 1953, usually hosted by universities but also sometimes by museums, and typically attracts 100-150 delegates. 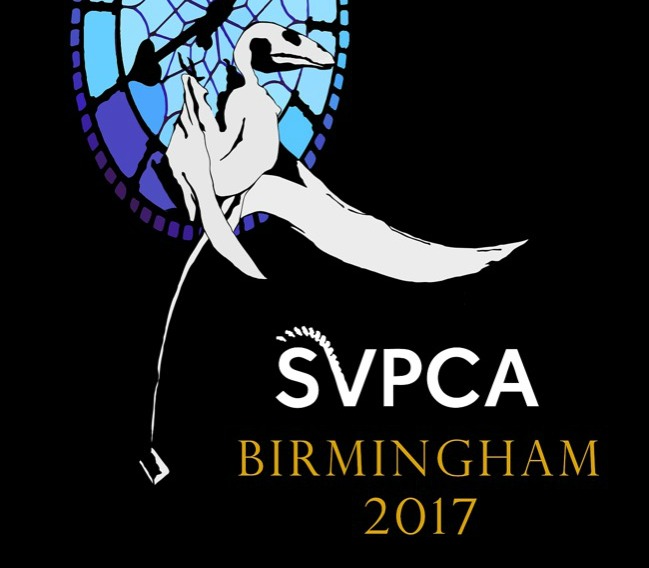 It usually includes three days of talks and posters, followed by a one-day fieldtrip. SPPC is a forum for discussion of fossil preparation, conservation, and related topics, and is held in conjunction with SVPCA. It’s a small meeting with a handful of talks, usually followed by a visit to the collections and archive of a local museum.

What sparked the idea for a conference collection? Why are you looking to encourage sharing conference materials for this field of research?

RB: This is something that was tried previously at the 2015 SVPCA meeting at the University of Southampton, and we wanted to offer it again. The SVPCA/SPPC abstract volume has never been formally published, and giving delegates the opportunity to submit their abstracts to the PeerJ collection will allow them to have a citable output, as well as increasing the wider profile of the meeting and the research presented at it.

How are researchers in palaeontology more generally responding to open access and more rapid forms of communication of findings?

Preprints are more controversial and uptake has been much slower. Although there are some very keen advocates, others (including myself) are more cautious. I think preprints could certainly work well for some areas of palaeontology. But I personally have substantial concerns around preprints of papers containing significant amounts of taxonomic work, which are common in palaeontology. There is the potential for a lot of taxonomic confusion, and the issues surrounding preprints and taxonomy have not really been thought through to my knowledge. Regardless, I expect to see the publication of preprints grow within the palaeontological community in the coming years, particularly for non-taxonomic papers.

Why are SVPCA and SPPC such important gatherings? How does it stand out from other palaeontology conferences?

RB: SVPCA regulars are proud of its informal, friendly, atmosphere – the fact that it is a tight community with a long history. It’s unusual in that there’s no society behind the meeting, and that lack of a formal organisation can be both a blessing and a curse. Only in the last couple of years has a light-touch steering group been established to help support the meeting organisation, but local organisers still have almost complete autonomy to decide the meeting format.

The composition of the community is also distinctive – it includes of course university academics and postgraduate students, but also museum-based researchers, curators, preparators and conservators, palaeoartists, and a substantial ‘advocational’ community – individuals who attend regularly purely because of their interest in vertebrate palaeontology and a desire to keep up with the latest research.

What have been some of the big research developments in palaeontology this year and what topics do you think will receive significant attention at the conference?

RB: As always, dinosaurs have tended to dominate the palaeontological news this year, including a fundamental reorganization of the dinosaur family tree, and the discovery of one of the biggest dinosaurs yet known. Don Henderson from the Royal Tyrrell Museum in Canada will be talking at SVPCA about one of these major dinosaur discoveries – an incredibly preserved new species of ankylosaur. But SVPCA is about a lot more than just dinosaurs – we’ll hear talks about everything from the earliest vertebrates more than 500 million years ago through to human evolution and modern day mammals.

Finally, what do you hope attendees will get out of the conference and what does the organizing committee hope to achieve?

RB: We hope that delegates will be inspired by the cutting-edge research that they see at the meeting, and that it will help them to develop their own research directions and build new collaborations. We’d also like them to have fun! There’s been some introspective soul-searching in recent years about the future of SVPCA – a small and informal meeting not backed by a society in an era when increasing corporatization of academia is driving up the costs of organizing such events, and the ever-increasing teaching, research and admin demands of modern universities is putting the pinch on potential conference organizers.

The UK vertebrate palaeontology community is larger and stronger than ever before, and that should be reflected in a successful, vibrant annual meeting. We’ve introduced some changes to the meeting to try and address some of these issues, such as making it shorter and more focused and including a special symposium with invited, extended talks from world-leading researchers, and we hope that these will be successful and taken on by future organizers as a new model for how the meeting should be run.