Today we published two papers that each provide exciting details of discoveries about sauropod dinosaurs roaming the Earth over 150 million years ago. Osteology of Galeamopus pabsti sp. nov. (Sauropoda: Diplodocidae) by Emanuel Tschopp and Octávio Mateus describes a diplodocid species found at the Howe-Scott Quarry in the northern Bighorn Basin in Wyoming, USA and The earliest known titanosauriform sauropod dinosaur and the evolution of Brachiosauridae by Philip Mannion , Ronan Allain, and Olivier Moine looks at a brachiosaurid fossil originally discovered in France in 1934 but misclassified and kept in museum storage for decades. Researchers have named this species Vouivria damparisensis. We have compiled some top-line highlights below from these two exciting studies. Also see news coverage on BBC News, Discover Magazine and the Daily Mail.

Researchers from Italy and Portugal describe yet another new sauropod species from 150 million years ago, from Wyoming, USA. Full paper published in PeerJ can be found here.

The new species, Galeamopus pabsti, is the most recent dinosaur to be described by paleontologists from the Department of Earth Sciences of the University of Turin, Italy; the Faculty of Science and Technology, Universidade Nova de Lisboa, and the Museum of Lourinhã in Portugal. This Jurassic dinosaur was originally excavated in 1995 by a Swiss team, led by Hans-Jakob “Kirby” Siber and Ben Pabst, in Wyoming, in the United States and is the latest in a series of new discoveries by the paleontologists Emanuel Tschopp and Octávio Mateus, which started in 2012 with Kaatedocus siberi. 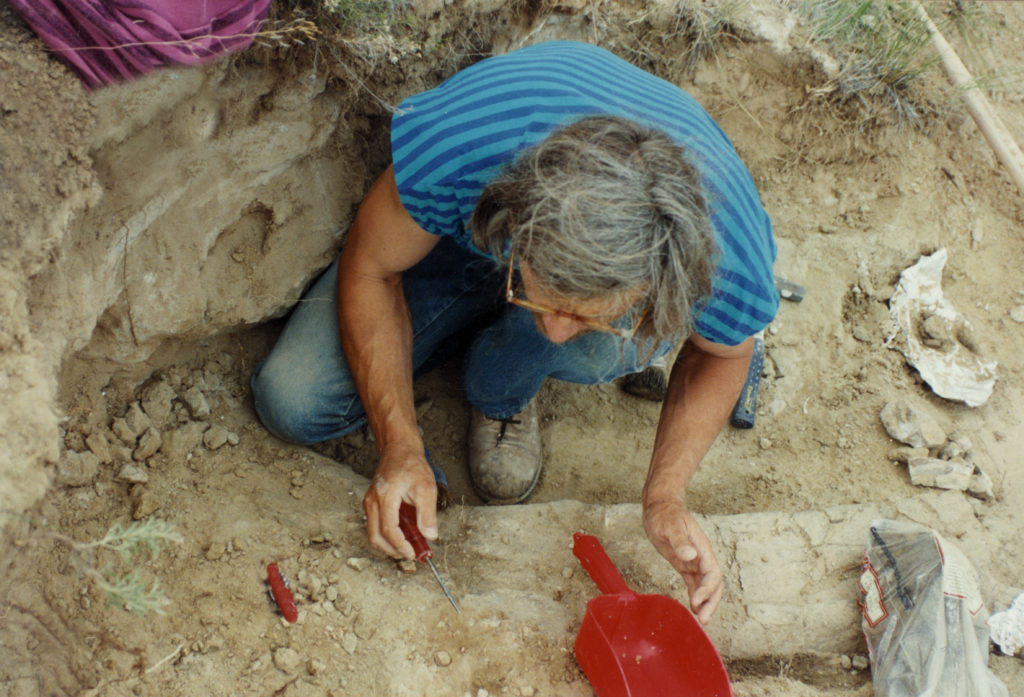 Galeamopus pabsti is similar to the famous dinosaur Diplodocus, but with more massive legs, and a particularly high and triangular neck close to the head. It is the second species of the genus Galeamopus to be shown to be different to Diplodocus by the same researchers (the first being published in 2015, in a paper which also reinstated the brontosaurus as a distinct genus). The new species is dedicated to Ben Pabst, who found the skeleton, and prepared it for mounting at the Sauriermuseum Aathal in Switzerland, where it is one of the main attractions of the permanent exhibit. 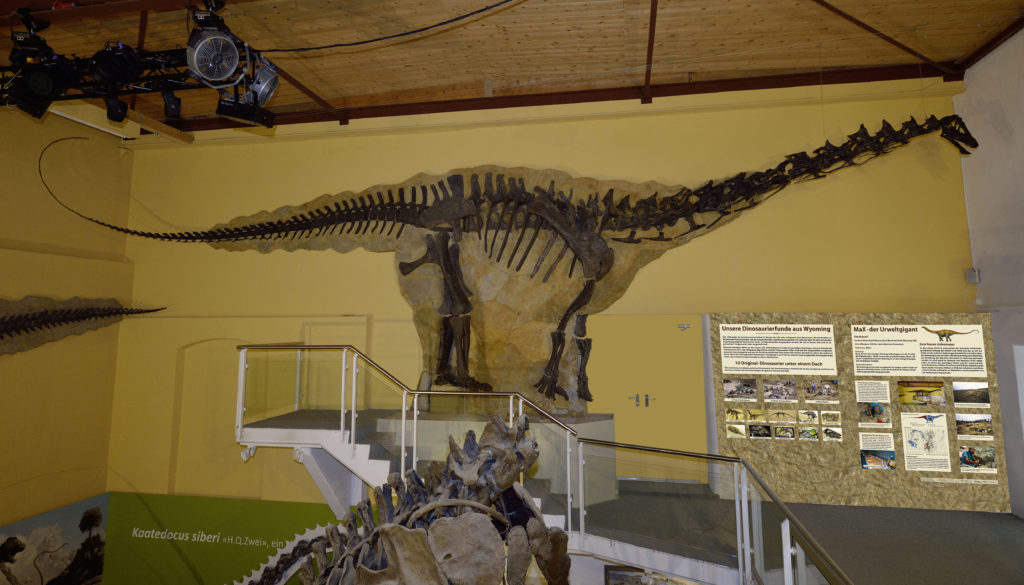 Diplodocid sauropods are among the most iconic dinosaurs. With their greatly elongated necks and tails, they represent the typical body shape of sauropods. Species of this group occur also in Africa, South America, and Europe, but the highest diversity is known from the USA: more than 15 species of these gigantic animals are known from there, also including the famous Brontosaurus. Researchers are still baffled by this high diversity of giants, and are continuing their studies to understand how such a diversity could be maintained by the ecosystem in which they lived.

Full press release for Galeamopus pabsti can be found here.

Scientists have re-examined an overlooked museum fossil and discovered that it is the earliest known member of the titanosauriform family of dinosaurs. Full paper published in PeerJ can be found here.

Dr Philip Mannion, the lead author of the study from the Department of Earth Science and Engineering at Imperial College London, said in today’s press release: “Vouivria would have been a herbivore, eating all kinds of vegetation, such as ferns and conifers. This creature lived in the Late Jurassic, around 160 million years ago, at a time when Europe was a series of islands. We don’t know what this creature died from, but millions of years later it is providing important evidence to help us understand in more detail the evolution of brachiosaurid sauropods and a much bigger group of dinosaurs that they belonged to, called titanosauriforms.” 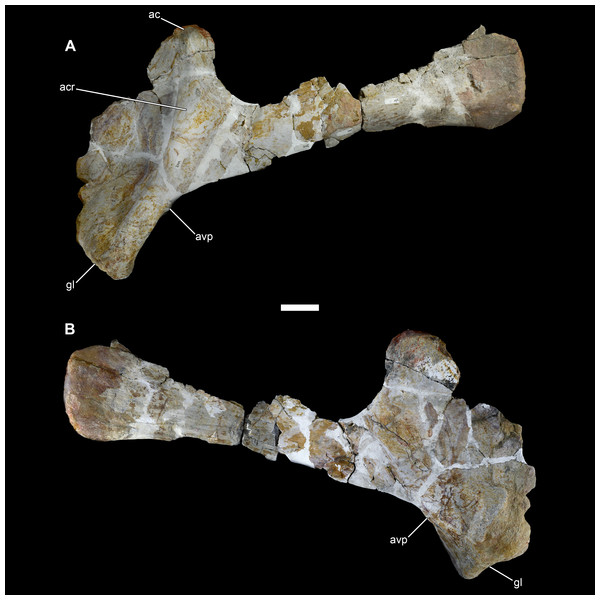 Full press release for Vouivria damparisensis can be found here.